Is it good or bad to sleep in at the weekend?

During a long and busy week, with many ups and downs, it’s all too easy to get less sleep than you need. This isn’t ideal, given how important sleep is to overall health and wellbeing.

Many of us try to compensate for sleep lost during the working week by sleeping in and waking up later on weekends1.

This strategy is often coupled with staying up later on weekends in an attempt to make the most of our free time.

The approach may sound good in principle - since you’re attempting to make up for lost sleep time - but is sleeping in at the weekend a good or a bad thing?

The first thing to understand is that sleep and sleepiness are regulated by a set of chemical and physical changes that repeat across an approximate 24 hour cycle for most people2. These can include:

Any change that follows a daily rhythm (repeating over a 24 hour cycle) is said to be circadian from the Latin circa (“about”) and dies (“a day”). You can think of these changes as being cogs in the body’s clock 5. The key thing is that many of these circadian rhythms (or cogs) need to be in sync with the times when you sleep and wake for you to feel at your best.

Circadian rhythms can be influenced by environmental cues. Light is the most important synchroniser of circadian rhythms in humans and your body is able to sense light while your eyes are closed. When your body first senses light in the morning it prompts a number of physical and hormonal changes linked to the start of the new day which can reset and synchronise the various circadian rhythms.

Genetic factors also influence circadian rhythms and can affect whether you’re naturally a ‘morning lark’ or a ‘night owl’ 67. 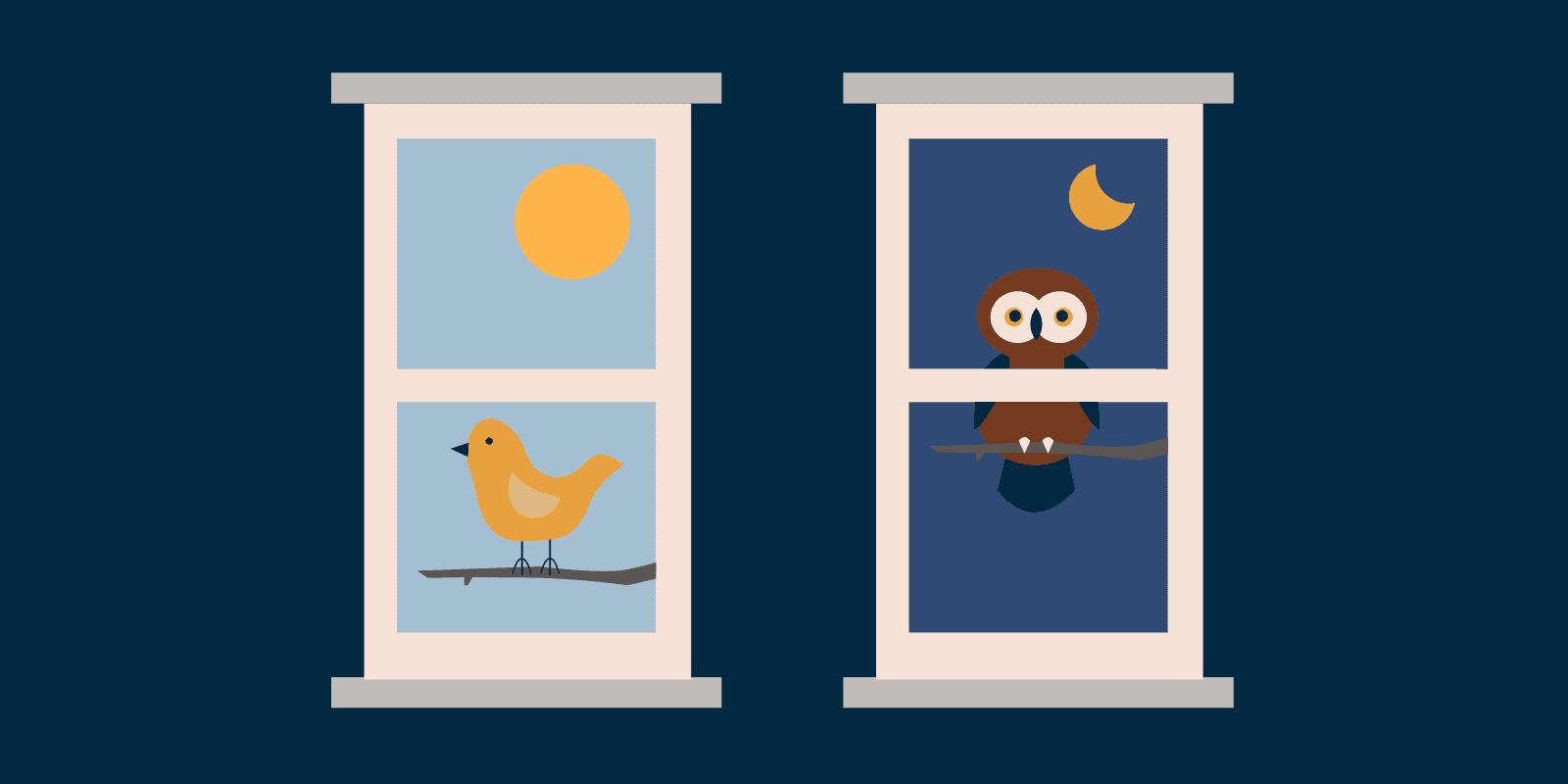 When we follow consistent sleep schedules (going to bed when we feel sleepy and getting up at the same time each morning e.g. for work on weekdays) most people will sleep and wake in line with their body’s circadian rhythms.

A good illustration of this is the act of waking up naturally at a time when the bodily concentrations of hormones that encourage wakefulness - like adrenocorticotropin and cortisol - are at their highest8. In this instance you’ll probably wake up feeling alert and ready for the day ahead because your body has prepared you for it.

Conversely, the best time to go to sleep is when melatonin and adenosine concentrations are raised in the body9. This will vary from person to person and also seasonally but it will usually be when you start to feel sleepy. Don’t ignore that signal.

Problems set in if you start waking up and going to sleep at times that aren’t in sync with your circadian rhythms (e.g. trying to sleep when cortisol levels are high or trying to wake up with elevated melatonin levels)67.

It’s unlikely that anyone outside a research setting does this intentionally but this is what happens after you stay up late at night and wake up later in the day (e.g. after a Friday evening out, or watching your favourite show late on a Saturday night).

It can also happen when going to bed and waking up earlier than usual.

What happens if you sleep in on weekends?

If you follow a different sleep schedule on weekends, compared to weekdays, then it’s very likely that you’ll be exposing yourself to light and dark at times when your body isn’t expecting it 10.

These changes in the timing of light and dark exposure force a reset of your circadian rhythms and your body starts to switch over to follow your ‘weekend’ schedule. If you’re going to bed later and getting up later it’s likely that:

These changes wouldn’t be problematic if the shift to the ‘weekend’ sleep schedule was to be applied for the long-term.

However, they can become troublesome when you want your body to revert back to the ‘weekday’ sleep schedule when Monday comes around.

Dancing to the (wrong) circadian rhythm.

Most people who work Monday - Friday will go to bed earlier on Sunday nights compared to Friday and Saturday nights.

This is why Sunday nights tend to be the worst night for sleep. This is because all of the hormonal and physical signals that encourage sleep aren’t yet at their peak at the time you’re getting into bed, leading to difficulty in getting to sleep2.

When we lie in at the weekend, signals to wake up are also be delayed and this can produce that groggy Monday morning feeling. Those who regularly use the weekend to ‘catch up’ on lost sleep are less likely to start the week as fresh as they could have if they’d preserved their ‘weekday’ sleep schedule across the weekend.

This isn’t possible if your sleep and wake times are always changing.

Although the data is conflicting on how serious the implications of this are111213, it’s probably a good idea to maintain consistent sleep and wake times - even at the weekend.

Why is this? Let’s take a closer look.

Reverting back to a ‘weekday’ pattern after following a ‘weekend’ sleep schedule has been associated with lower mood (greater feelings of tension, anxiety and worry101415) and reduced brain power? in the period shortly after waking, at the start of the working week10.

Research literature has shown that these impacts on cognitive performance lead to:

Naturally, these things may have negative implications for your relationships or your work over time. 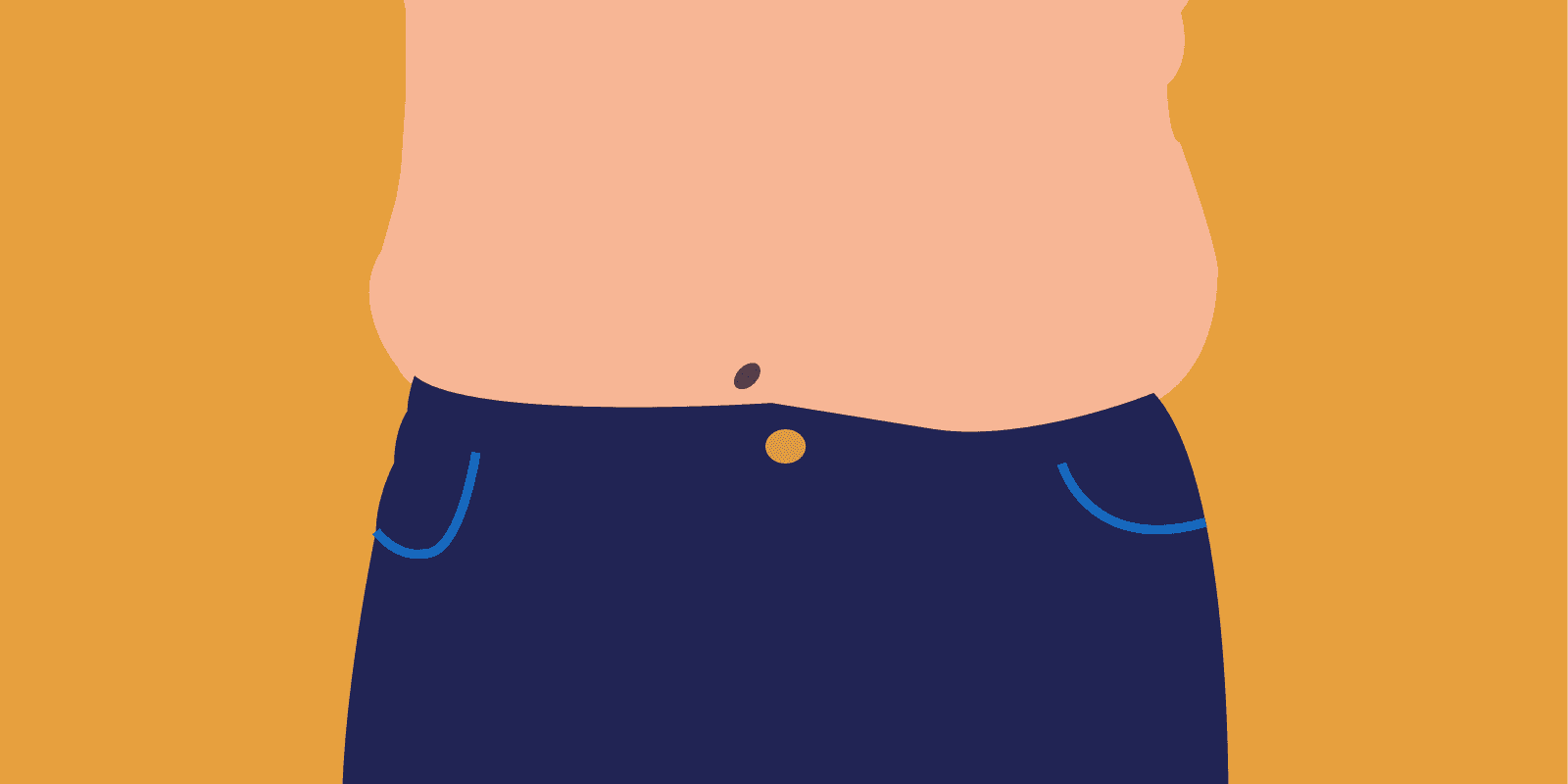 Having lie-ins on weekends has also been shown to have a rather ironic effect. Instead of going into the following week fully rested, having ‘caught up’ on lost sleep, it seems that the shifts in circadian rhythms caused by weekend lie-ins actually increase feelings of daytime sleepiness!12 1617

This has been tied to the observation that those who have more irregular sleep patterns tend to need more sleep overall and are more prone to falling asleep spontaneously18.

So, if you’re finding that you’re tired through much of the week despite getting enough sleep, it might be worth considering making your bed and wake times more regular.

A more concerning observation is the link between shifts in ‘weekday’ and ‘weekend’ sleep and wake times and the risk of developing metabolic syndrome19 - a combination of obesity, diabetes and high blood pressure20.

It isn’t clear whether this is down to disruptions in circadian rhythms or simply meal timing and diet fluctuations on account of changes in sleep. However, a similar observation has been made of shift workers who need to use their weekends to adjust to the following week’s shift pattern. 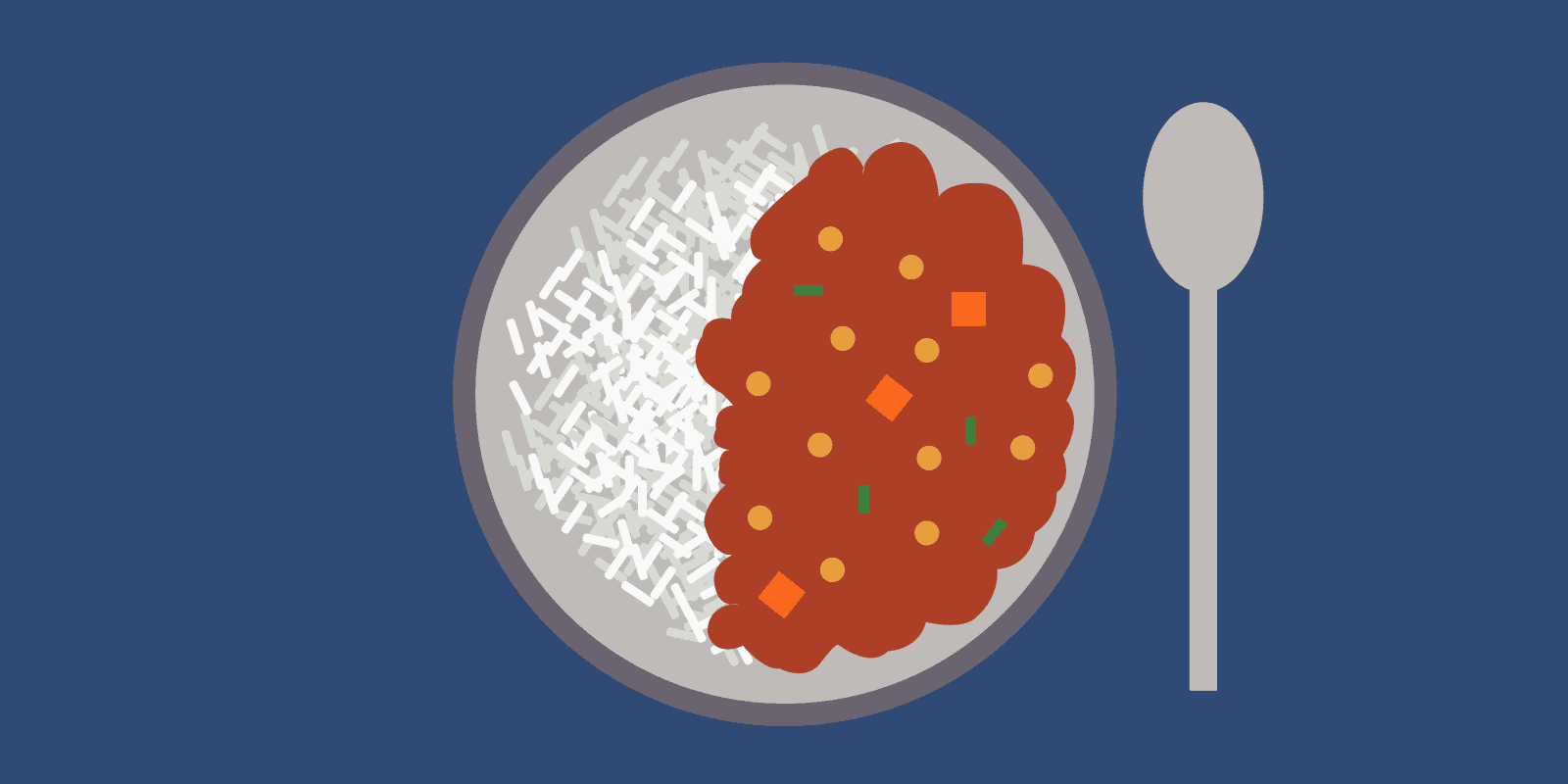 What does this all mean?

We know that getting enough sleep is key to a long, happy and healthy life but we may not think about the importance of when we get that sleep. Ideally, it should be at the same time every day so that we’re always falling asleep and waking up at our best.

An added benefit of thinking a bit more closely about when you go to bed and wake up is that it may prompt you to think about other lifestyle choices that you’re making, such as your:

However, if being more consistent with your bed and wake times comes at the expense of time spent asleep (e.g. if a late night leading to a lie-in is unavoidable or you work shifts) you shouldn’t restrict your sleep just to be more consistent in your sleep and wake times. In fact, if you’re sleeping in at the weekend as that’s the only way you can ensure that you’ll get enough sleep for your needs, then it might actually help you live longer122.

Keeping a regular sleeping pattern can help improve your sleep but this alone may not be enough. If you‘re suffering from poor sleep and would like to join the thousands of people we have helped improve their sleep then click this link and see how Sleepstation can help you.