In this article, we’re going to look at what’s known about the antidepressant, mirtazapine, and why it’s been used as a treatment for insomnia. We’ll cover the following points:

Treating insomnia with medication can be a fine balancing act. Many doctors are reluctant to prescribe sleeping tablets because of concerns that they can lead to problems with addiction and tolerance.

So, instead, GPs tend to opt for using other drugs which have sedative side-effects. These drugs are used ‘off label’ meaning that they are given for a condition for which they are not licensed, in order to try and treat insomnia.

One of the drugs commonly used in this way is mirtazapine. In the UK, mirtazapine is licensed for the treatment of major depression, obsessive compulsive disorder and anxiety. It’s also known by the brand name Remeron in the USA.

Sleep better without mirtazapine or other medication

People with sleeping issues often turn to medication first. Many people don’t know that there are more effective treatments without side effects. Sleepstation’s online CBTi programme is proven to significantly improve sleep in just four sessions.

What is mirtazapine used for?

Mirtazapine was developed by the Dutch pharmaceutical company Organon and was first approved for its use in major depressive disorder in the Netherlands in 1994. It was launched in the United States in 1996 under the brand name Remeron.

Mirtazapine is still branded as Remeron in most countries but, as it’s no longer patented, generic versions are sold under various brand names around the world.

Mirtazapine, like many other antidepressants, works by increasing the concentration of certain neurotransmitters (chemical messengers) in the brain but differs to many others on the market in just how it does that. Mirtazapine doesn’t stop the recycling of these messengers but instead blocks some of the receptors they interact with.

There’s some evidence that mirtazapine can be an effective treatment for insomnia in people with depression. It’s not clear whether it’s the drug itself which reduces the symptoms of insomnia or whether, by reducing the severity of depressive symptoms, it has the knock-on effect of helping the person to sleep better.1

How does it improve sleep?

Mirtazapine has been found to reduce the time it takes for a person to fall asleep2 and night-time waking, while improving the continuity and overall quality of sleep.3

Mirtazapine has been shown to affect different phases of sleep. It reduces the duration of early, light stages of sleep and increases deep sleep2 and also slightly reduces REM sleep (dream sleep).3

While it may seem like off-label use of mirtazapine could help with insomnia, it’s not without its side-effects.

Side effects are not uncommon when taking mirtazapine and can include:

It’s interesting to note that mirtazapine may cause ‘sleep disorders’, with fatigue also being a common side effect.

While mirtazapine may help you to sleep better while you’re taking it, it’s well recognised that insomnia can develop after stopping taking the drug.

Due to its sedating effects, mirtazapine can lead to daytime drowsiness. It can also leave some people feeling groggy or feeling like they have a slight hangover, so following the prescribed dosage is very important.

It may also increase the occurrence of restless legs syndrome and periodic limb movements4 both of which can significantly disrupt your sleep.

Weight gain is also considered a common side-effect of mirtazapine, with one study on healthy males concluding that the drug may change the user’s metabolism slightly and increase cravings for sweet foods.5

What are the long term side effects of mirtazapine?

Long term use of mirtazapine is considered safe, with little risk of long-term side effects even when the drug is taken for months or years. Care must be taken, however, when deciding to stop taking the drug.

Like with many antidepressant medication, it’s not advisble to abruptly stop taking mirtazapine. This can lead to withdrawal symptoms, which may include:

For more information on this drug, you can visit the NICE website, which is a trusted source of up-to-date drug information. 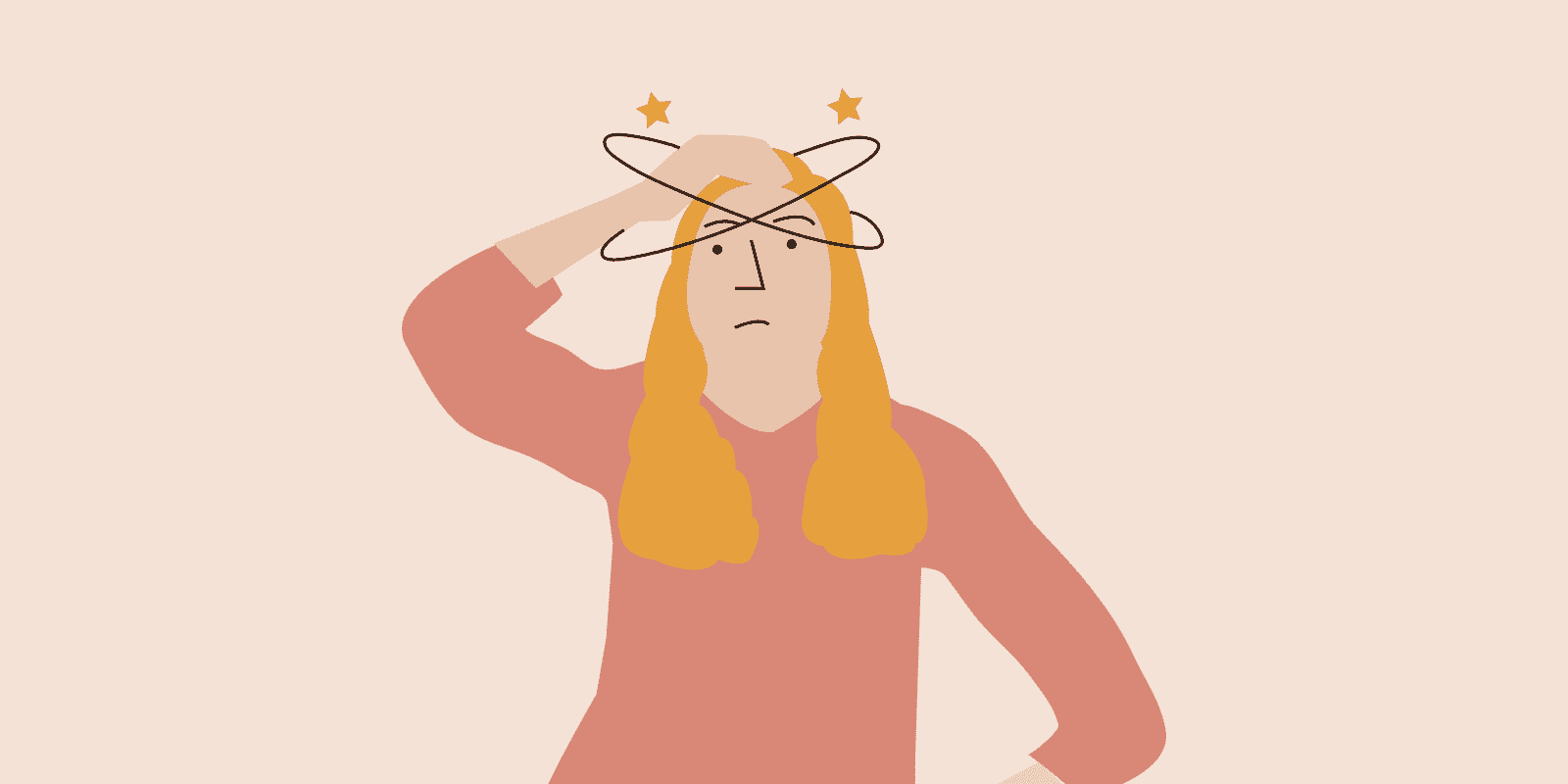 Mirtazapine is available as 15mg, 30mg and 45mg doses, in both standard tablet form and dispersible tablet form. It’s also available in a liquid form, at a dose of 15mg per ml.

When mirtazapine is prescribed to treat depression or anxiety, it’s initially recommended at a dose of 15–30 mg per day, taken at bedtime, for two to four weeks. After this time, the dose may be adjusted to suit how your body is responding to it.

If found necessary, 45mg mirtazapine can be given as a single dose per day or split into two doses during the day.

If you are prescribed mirtazapine for sleep problems, it’s usually given at a low dosage.

It’s worth noting that the sedative effects of mirtazapine are thought to be greater at low dose and are lost at higher dose.

Generally, it’s given at a starting dose of 7.5mg mirtazapine, to be taken at bedtime. Some people may find that mirtazapine at 3.75mg may be their ideal dose.

How long does mirtazapine take to work?

It can take a few weeks for the effects of mirtazapine to become noticeable. When the drug is taken for depression or anxiety, NHS guidelines note that it may take between 4-6 weeks for beneficial effects to become apparent.

When low dose mirtazapine is taken for sleep problems it may start to have an effect anywhere from 1-2 weeks after initially taking it. Effects will vary from person to person. Some may notice sleep improvement from the first dose and for others the effect may be more gradual.

Does mirtazapine help you sleep?

Using mirtazapine as a sleep aid has been looked at in a handful of studies in healthy volunteers and it’s been shown to improve sleep.6 7

One such study simulated insomnia by keeping participants awake with loud traffic noise. The study found that low-dose mirtazapine (7mg) improved both the sleep time and sleep quality of the participants considerably, compared to placebo.8

While looking at the effects of the drug in healthy volunteers is helpful, it’s possible that effects may differ between healthy people and those with insomnia.

Studies have looked at the use of mirtazapine in people with depression but, to date, only one study has examined the use of this drug in people already experiencing insomnia without depression.

The researchers looked at two groups of people: those with both depression and insomnia as well as those with only insomnia. The authors found that low-dose mirtazapine was effective for treating insomnia in both groups, whether the person also had depression or not.9

While these results are encouraging, there’s still a pressing need to carry out more studies in people with insomnia, to establish if there are any adverse effects from the long-term use of mirtazapine.10

A better solution to fix your sleep

The major drawback of taking mirtazapine for a sleep problem is that it’s not a long-term solution. Firstly, the sedative effects of low dose mirtazapine tend to wear off after a few weeks, as the body becomes used to it.

This may lead people to think that they can increase the dose to get the same effect but, as we mentioned earlier, the sedative effects of mirtazapine are lost as the dose increases. So taking a higher dose may actually make you more alert.

Secondly, taking a sleep aid such as mirtazapine doesn’t address the actual reason behind why you’re sleeping badly in the first place. It just covers up the problem and it’s well known that after stopping taking mirtazapine, insomnia usually returns.

The most comprehensive way to resolve a sleep problem is to identify the root causes. Ask yourself these questions:

Thinking about your sleep, addressing problems with your sleep hygiene and expanding your knowledge about sleep are all key components of Cognitive Behavioural Therapy for insomnia (CBTi).

This is the gold-standard treatment for insomnia and at Sleepstation we use a modified version of CBTi, known as digital CBTi (dCBTi), to help people get back to sleeping well. We provide a scientifically proven solution to insomnia with results that are sustainable and which involves no use of medication.

If you feel like you’ve got a sleep problem, want to improve your sleep or stop taking sleeping tablets, we can help. In just a few short clicks, we can tell you if the Sleepstation programme would be suitable for you.

We also have a wealth of information available to help you sleep better, on topics such as how to ensure your bedroom setup is ideal for sleep, how to stop your thoughts from keeping you awake and a host of useful and interesting topics in between. 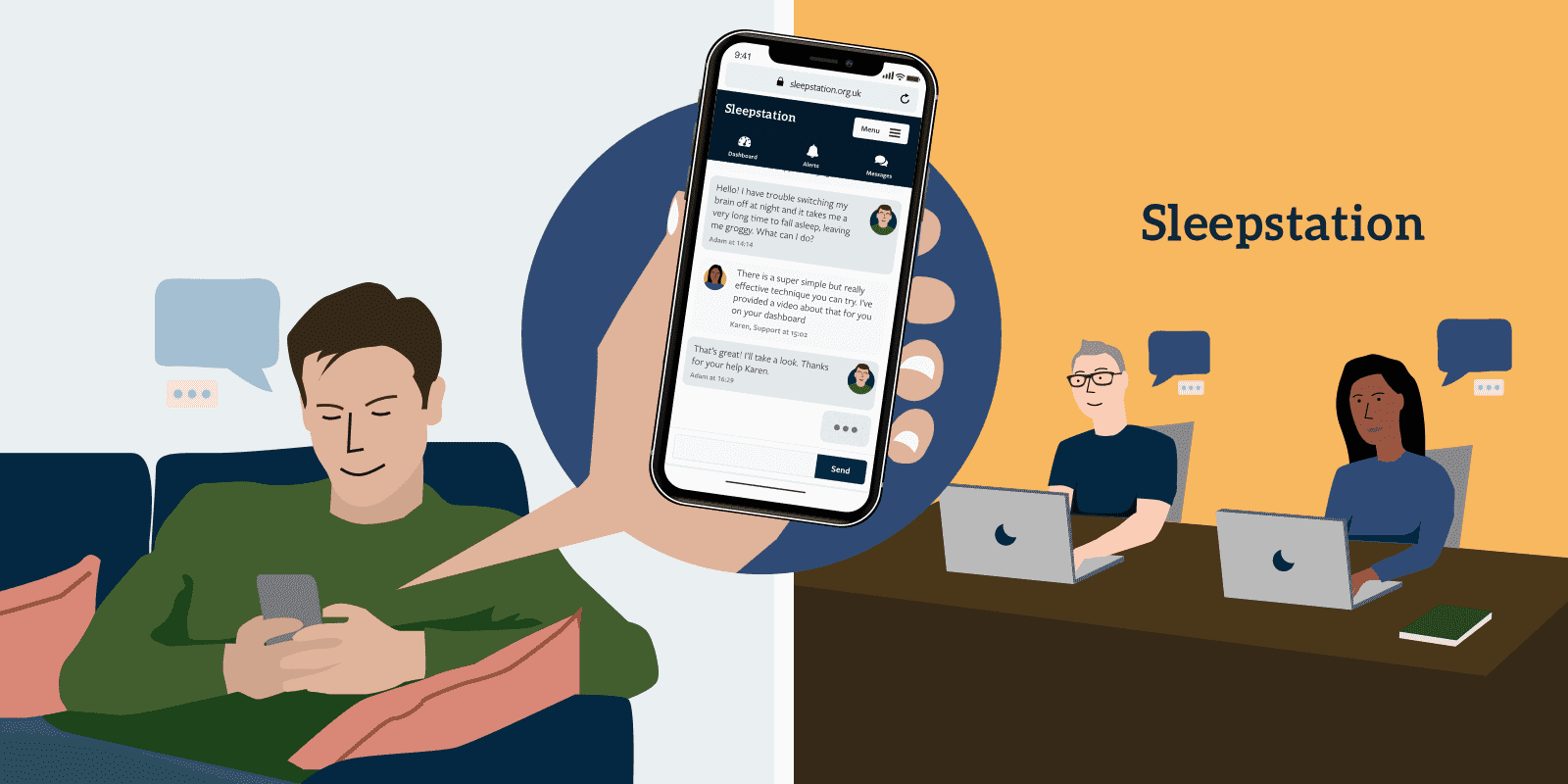