Zopiclone is a drug that’s often used for the short-term treatment of insomnia. In this article we look at what’s known about this sleep medicine and whether it is useful for people with insomnia. We’ll cover the following points:

Zopiclone is one of the so-called “Z drugs”, along with zolpidem and zaleplon, and was introduced during the second half of the 1980s as a treatment for insomnia.

These drugs were developed as safer alternatives to benzodiazepines which can be highly addictive and whose use can lead to dependence.

Zopiclone was the first compound developed with a different chemical structure to the benzodiazepines but which binds to the same cell receptors as they do.1

It’s often called a short-acting hypnotic because of how quickly it’s eliminated from the body. It has a ‘half-life’ of about 5 hours (range of 3.5-6.5 hours), which refers to how long it takes for the concentration of the drug to be reduced by half in the body. In the elderly, the half-life is slightly longer, at around 7 hours.

Zopiclone is licensed in the UK for adults with a bedtime dose of 7.5mg once daily for up to four weeks.

In the elderly, the initial dose is 3.75mg once daily, for up to four weeks. This can be increased, if necessary, to 7.5 mg daily.

These doses have been found to result in sedating and sleep-promoting effects similar to other benzodiazepine sleeping pills. You can find more information about Zopiclone from the NICE website.

It’s usually prescribed for short-term use (2-4 weeks) to limit the risk of your body becoming used to it and the drug losing its effectiveness.2 Short-term use is also advised to avoid you developing a dependence to it.

Zopiclone is available under the brand name Zimovane in the UK and Imovane or Rhovane in Canada. It’s not available for use in the United States although the related drug, eszopiclone, is on the US market.

Our sleep is made up of sleep cycles, which last for roughly 90 minutes and repeat several times throughout the night.

During each cycle, we pass through four different stages of sleep which are called N1, N2, N3 and rapid eye movement sleep (REM). When we fall asleep, we enter N1, then pass through N2 and N3 and finally into REM. The cycle then starts again at N1.

Zopiclone has been found to prolong stage N2 and N3 sleep with a proportional decrease in total REM sleep.3 Research also shows that it can reduce stage N1 sleep.4

However, many studies that have looked at sleeping brain activity in people who have taken zopiclone have shown results that are very variable, so all we can say with any certainty is that zopiclone can affect all stages of sleep.

The side effects of taking zopiclone

The most frequently reported side effect of zopiclone, reported in about 10% of people, is a bitter or metallic taste.5

Other frequently reported side effects of zopiclone include:

A study in healthy volunteers found no residual effects of the drug on psychomotor performance (i.e. activities such as throwing a ball, using a tool or driving a car) the day after a 7.5mg dose.3

However, there are other reports that do show impairment as a measure of coordination and performance of skilled tasks.

Hypnotics are often prescribed to the elderly. There is however a concern that they may impair both balance and memory functions.

These drugs also tend to affect psychomotor functions more in the elderly too. This refers to carrying out everyday tasks which involve coordinated movement, such as driving a car, playing an instrument, sewing or throwing a ball.

A study compared the effect of three hypnotics — including zopiclone 3.75mg and placebo — in 49 healthy volunteers aged 65 years and above.6 All active drugs were found to have a negative effect on balance and also reaction time on a test of memory.

The effects of zopiclone were found to persist for 8-9 hours, suggesting a possibility of a reduction in function after waking the morning after a night-time dose.

What are the withdrawal symptoms associated with zopiclone?

One of the concerns surrounding the use of sleeping pills is the incidence of withdrawal symptoms after stopping taking the drugs.

Research has shown that when zopiclone is used at the appropriate clinical doses then withdrawal effects are negligible or considerably lower than those associated with benzodiazepines.5 7 8 9

A review of studies investigating discontinuation of zopiclone found no significant rebound effect on sleep and few withdrawal effects such as anxiety and vertigo.10

Whereas another study found that withdrawal reactions like headache, anxiety, or agitation occurred in only 0.05% of the individuals studied.11

While withdrawal symptoms are not common, they can include:

To limit the risk of withdrawal symptoms, it’s sometimes recommended that you should slowly reduce the amount of zopiclone you are taking instead of abruptly stopping taking the drug, but this is something you should discuss with your healthcare provider.

If Zopiclone is taken regularly for an extended period of time, a person can build up a tolerance to it and would require higher doses to help them sleep. This is why the drug is generally recommended as only a short-term treatment option for insomnia.

Sleeping tablets are often associated with the risk of dependency or addiction, however, dependence on zopiclone is more often reported when the drug is taken at higher than prescribed doses and in people with a history of drug or alcohol abuse.

The presence of mental health problems, such as depression, has also been found to be a significant predictor when considering whether someone could become dependent.

So while the zopiclone does have the potential to lead to addiction, when it’s taken as a short-term treatment and at the recommended dose, it is considered quite safe.

Can zopiclone cause road accidents?

The effect of zopiclone on driving ability in the morning — following a night-time dose — has been investigated.

In a task simulating the anticipation of collision at an intersection, zopiclone (7.5mg) was found to have had no residual effect in 10 healthy and experienced drivers 10 hours after taking the drug.12

However, research has also shown that a single night-time dose of zopiclone (7.5mg) caused marked residual impairment in a highway driving test and on tests of attention and memory.13

These findings led the authors to conclude that patients should avoid driving the morning after taking zopiclone.

A further study by the same research group found that zopiclone impairs driving ability 10-11 hours after intake at a level that’s equivalent to the drink driving limits used in most European countries.14

While these studies were all conducted with healthy volunteers, research that examined the effect of single and repeated doses of zopiclone on driving performance in 23 insomnia patients found impaired performance 9-11 hours after taking the drug.15

In another study, the prescription records of more than 400,000 individuals were linked to police records of car crashes that involved almost 20,000 drivers.16

In this cohort, 14 cases were identified where zopiclone was associated with a road accident. However, this may be related to drug misuse.

A study in Norway showed that of the 101 drivers thought to be intoxicated and who had tested positive for zopiclone, 60 % of them had blood levels of zopiclone above those seen after taking the standard clinical dose.17

Eighty per cent were found to have higher than expected levels eight hours after intake of the drug.

It’s generally not recommended to drive within 12 hours of taking zopiclone. If the drug makes you feel dizzy or sleepy the following morning, or affects you in any other way that you think may impair your ability to drive, then you should not drive until you feel fit to do so.

Zopiclone, sleepwalking and other associated behaviours

Several reports have implicated zopiclone in causing sleepwalking and other atypical nocturnal behaviours including:

Patients experiencing these events have no memory of their actions but it’s debatable whether zopiclone is the sole cause.

It’s been reported that the use of alcohol and other CNS depressants, in conjunction with zopiclone, are associated with an increased risk of such behaviours.21

In some cases, zopiclone was used at levels exceeding the maximum recommended dose.

Caution concerning its possible hangover effects in the morning should be considered when deciding whether it’s the most appropriate drug for you and the lifestyle you lead. 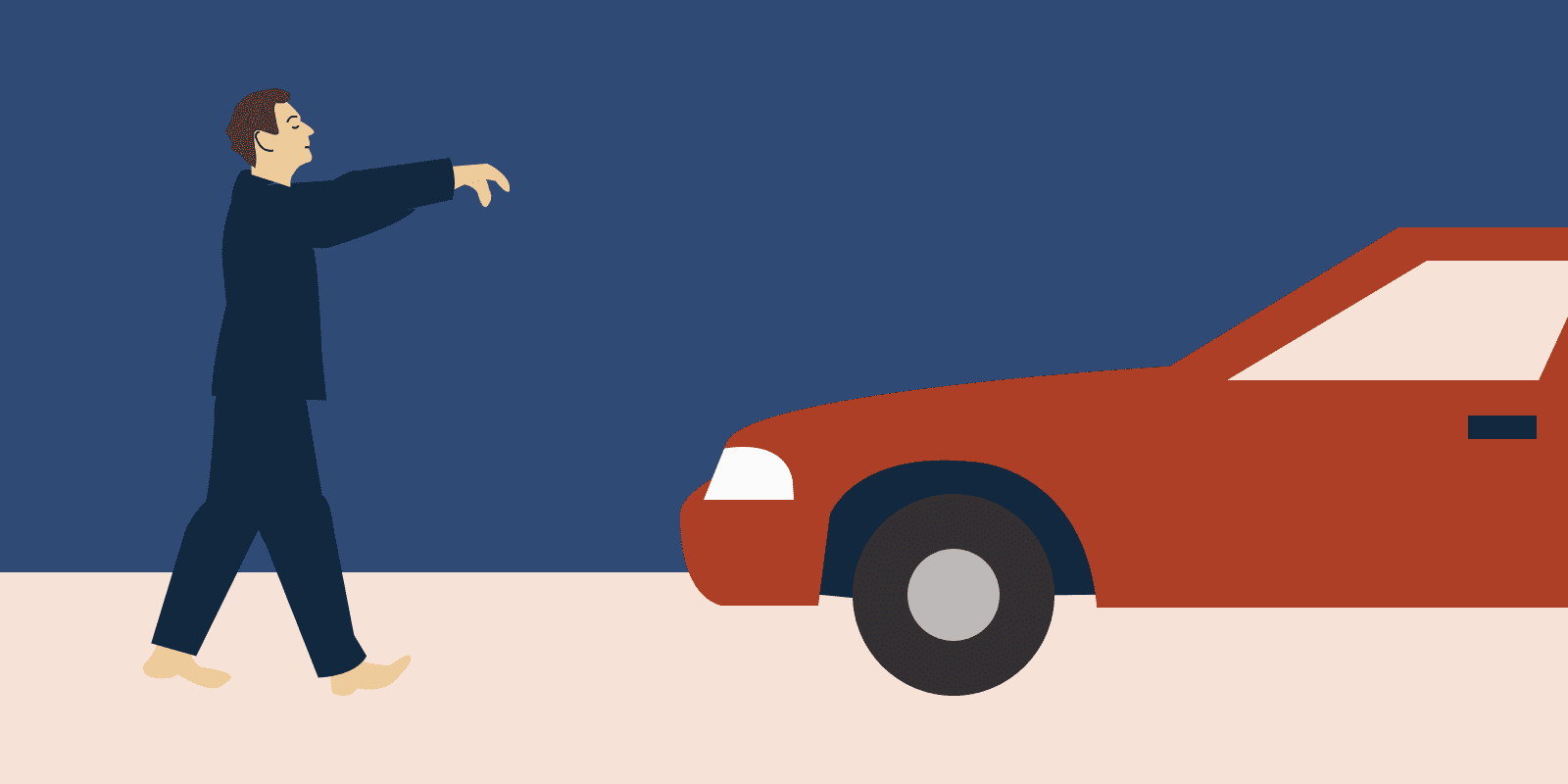 Eszopiclone (Lunesta) is a variation of zopiclone approved in the United States in 2004. Although eszopiclone is supposed to have equivalent efficacy with zopiclone — and possibly an improved side effect profile — it’s not sold in the European Union or the UK.

A six-month study focused on the use of eszopiclone (3mg daily) in 593 patients aged 21-69 with primary insomnia.22

This study also found no evidence of tolerance to the effects of eszopiclone.

Patients’ rating of daytime alertness was better than with the placebo group and adverse event rates after discontinuation were not measurably different.

Should you take zopiclone to fix your sleep problems?

As a short-term treatment for insomnia, zopiclone does have some utility. It can help you to sleep, but it won’t get the root of why you were sleeping badly in the first case. The most effective way of treating insomnia long-term is cognitive behavioural therapy for insomnia (CBTi).

This is what we use at Sleepstation. It’s a technique that helps you to identify and correct the behaviours and thought which lead to insomnia. What’s more, it’s highly effective and the effects last long after the programme is completed.

It’s not a short-term fix, like a sleeping tablet. It’s a programme that equips you with all the tools you need to take control of your sleep and tackle any further sleep problems should they arise.

So while sleeping tablets can be useful, they are not a solution to a sleep problem. Starting a programme with Sleepstation is quick and easy. Answer a couple of short questions and you can find out how Sleepstation can help you to overcome your sleep issues, drug-free, today.