What is zolpidem, why’s it used and what’s the recommended dose?

Zolpidem is a sleeping pill that’s routinely prescribed for the short-term treatment of insomnia.

It’s one of the so-called Z drugs, alongside zopiclone and zaleplon, which were originally developed as safer alternatives to benzodiazepines. Zolpidem is a hypnotic agent, which means that it can induce sleep.

In America, it’s more commonly known by the brand name Ambien and in the UK it’s also called Stilnoct. It’s only available on prescription.

How zolpidem works and how it might affect you

Zolpidem is a fast-acting medication, which usually begins to make you feel sleepy within an hour of taking it.

It’s considered to be a short-acting hypnotic, which means that while it may help you fall asleep quicker, it may not necessarily help you to sleep longer as its effects wear off fairly quickly.

In healthy adults, a study showed that a 10mg dose of zolpidem:

Psychomotor performance and subjective assessment of morning sleepiness and morning concentration were not affected.

In this study, people taking zolpidem did not become tolerant to the drug or experience a rebound effect (i.e. a recurrence of sleep problems with worse symptoms) after using the recommended dosage for five weeks.2 Zolpidem can be taken in several different ways

Zolpidem can be prescribed as a pill, in a form that dissolves under the tongue or as a mouth spray.

It’s also available in a modified formulation that leads to an extended release of the drug during the night. We’ll have a look at the different formulations and why they were developed.

Because of its short duration of action and inconsistent effects on sleep maintenance, a modified-release version of zolpidem has been developed that releases the drug throughout the night.

Zolpidem‐MR has been marketed in the United States since 2005 — somewhat confusingly under the name Ambien CR.

Zolpidem-MR is a two-layered tablet. It has one layer that’s released immediately after taking it, which leads to a zolpidem concentration in the body similar to the original formulation.

This is followed by the second layer, which provides an extended release of zolpidem to maintain levels of the drug through the middle of the night.

The dosage is also slightly different to that of the standard formulation, with the starting dose of Zolpidem-MR being 12.5mg for adults and 6.25mg for the elderly.3

This formulation is intended to help people who wake in the night, as it provides a longer release of zolpidem.

A study found that Zolpidem-MR at 12.5mg provided sustained and significant improvements in sleep onset and maintenance and improved next‐day concentration and morning sleepiness for up to six months.4

Zolpidem-MR has a safety profile comparable to the original, immediate-release formulation. and has not been shown to significantly affect psychomotor and cognitive performance eight hours post-dose.5 6 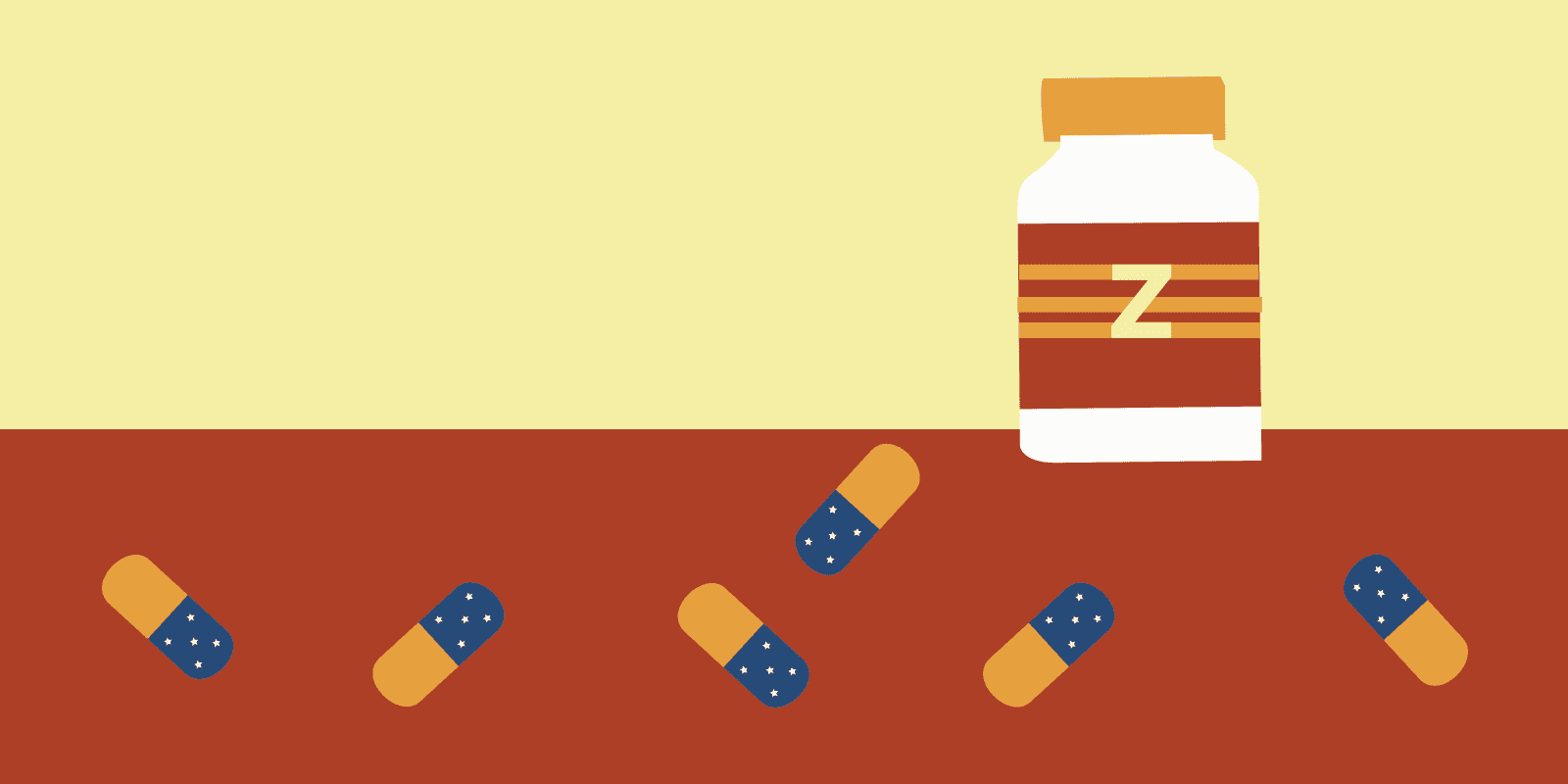 Zolpidem as a sublingual tablet

Zolpidem is also available as a sublingual tablet that is placed under the tongue and allowed to dissolve completely before swallowing.

Common brand names of this form include Edluar and Intermezzo. Zolpidem for sublingual use is not to be swallowed whole and shouldn’t be taken with or immediately after a meal.

This mode of drug delivery allows zolpidem to be used to treat middle-of-the-night insomnia when an awakening is followed by difficulty returning to sleep.

However, it shouldn’t be taken if you have less than four hours of sleep time remaining, as it could interfere with your daily functioning if taken too close to when you wake up.

Zolpidem as an oral mist

Zolpidem oral mist (brand name ZolpiMist) is also available. This formulation is sprayed into your mouth and over your tongue, usually once a night, and provides an alternative way of taking the drug.7

It should be taken just before you get into bed. Unlike the sublingual tablets, this product is not for use in the middle of the night and should only be used if you have time for a whole night’s sleep of at least 7-8 hours.

The recommended dose is no higher than 10mg a day — the same as the standard zolpidem tablets. Is zolpidem a safe way to treat sleep problems?

Numerous studies have demonstrated a good safety profile for zolpidem compared to benzodiazepine-class drugs. It’s a safe and effective drug when taken at the recommended dosage.

Zolpidem is however known to interact with drugs that primarily have sedative properties. Current NHS guidelines state that you should check with your healthcare provider or pharmacist if you are already taking:

Due to concerns over tolerance, dependence and withdrawal effects, the current NICE guidelines do not recommend the use of any hypnotic drugs, including zolpidem, for periods of more than four weeks.

Longer term use of zolpidem

While it’s advised only to be used in the short term, several studies suggest that zolpidem in the dose range of 5 -10mg is safe even for extended treatment periods.9

One study looked at the effects of taking zolpidem nightly for eight months as a treatment for primary insomnia. The results showed that the drug stayed effective at improving the sleep of participants during this period, without tolerance to the drug becoming an issue.9 10

Further research on the extended use of zolpidem has shown no clinically significant withdrawal symptoms after 12 months of nightly use.10

In this work, the authors concluded that chronic nightly use of zolpidem, at therapeutic doses by people with primary insomnia, does not lead to rebound insomnia or withdrawal symptoms after treatment was over.

One of the issues with many sleeping tablets is the potential for tolerance to the effects of the drug, which leads to people needing to take higher and higher doses of the medication to get the same effect.

However, a study has shown that chronic use of zolpidem by primary insomniacs did not lead to dose escalation during 12 months of nightly use,10 suggesting a low potential for tolerance in this time frame.

The side effects of zolpidem

There are numerous side effects associated with taking this drug. Common or very common side effects of zolpidem include: A limited amount of data indicates that the use of zolpidem by older people is associated with an increased risk of falls and resultant hip fractures.14

However, the evidence generally suggests that this risk is less when compared with those older people using benzodiazepine-class medications.

The relationship between hypnotic drug use and falls is complicated because untreated sleep problems among older adults are also associated with an increased risk of falls, meaning it’s hard to assign why these falls are happening.

However we do know that drug metabolism can often be slower as we age, hence why this drug is given at a lower dose in the older age group.

The hypnotic effect of zolpidem

Reports of bizarre sleep‐related behaviours have been linked to the use of zolpidem. These include:

People exhibiting these sleep‐related behaviours report no memory of the event. In most cases, such behaviours resolved when zolpidem treatment was stopped.

Such side-effects are usually associated with taking more than the recommended dose of the drug, or taking it in combination with the use of alcohol or other CNS depressants.15 16 Zolpidem has also been shown to exert a hypnotic effect without disturbing psychomotor and physical performance the following day, when given to healthy adults.

Psychotic reactions with visual hallucinations following the ingestion of zolpidem have also been reported in the literature.17 18

Seizure is a rare and severe withdrawal symptom of zolpidem: it seems to occur in people who have taken higher than recommended doses for a long time and then abruptly stop taking the drug.19

Zolpidem has also been shown to exert a hypnotic effect without disturbing psychomotor and physical performance the following day, when given to healthy adults.

While zolpidem was developed as a safer alternative to benzodiazepines, and does retain this title, its use is not without its drawbacks.

Zolpidem was originally thought to have a very low potential for abuse and wasn’t considered to lead to dependence.

However, prescription and illegal use of the drug has increased dramatically over the years and it is often abused.20

More than 30 years after the drug became available, there’s now mounting evidence that addiction and dependence can arise from use of zolpidem.

In 2001, the USA’s food and drinks agency (FDA) recategorised the drug as a Schedule IV drug (one that causes dependence).

In light of accumulating evidence for dependence and misuse, France too re-evaluated their classification of the drug, bringing in greater controls over the prescribing of zolpidem.

America’s FDA has recently updated the information on this drug to give a stronger warning about complex sleep behaviours after taking zolpidem.

Its use is cautioned for people with a history of drug or alcohol problems and it should not be used at higher than the recommended dosage.

The use of zolpidem is only advised after non-pharmacological measures have been tried first. These measures can include improving sleep hygiene and completing a course of cognitive behaviour for insomnia (CBTi).

CBTi involves using a combination of behavioural and cognitive techniques to improve sleep habits and reduce sleep-disruptive behaviours and ideas.

It’s a drug-free method and is recommended as the first line approach to treating insomnia and sleep disorders.

The effectiveness of CBTi has been compared with the use of various sleeping tablets, and it’s been shown to be superior to medication for both improving sleep and maintenance of sleep improvement after treatment is completed.

Studies have directly compared the use of zolpidem with CBT approaches, including CBTi 21, with these non-drug treatment options being found to provide greater benefit than the drug.21 22 23

At Sleepstation, we use a form of CBTi that’s both clinically validated and backed by years of scientific research. We’ve successfully helped thousands of people to sleep better, without the need for drugs.