Are weighted blankets good for sleep?

What are the benefits of a weighted blanket?

Believe it or not, there are very few that are confirmed! Weighted blankets have become headline news in recent years and yet the evidence that they can improve sleep remains thin on the ground.

It’s thought that children with autism spectrum disorders (ASD) may sleep better when using a weighted blanket, but more research is required to prove any benefit. It’s a hot topic in sleep circles and something we’ll discuss shortly.

Among the participants, 63% reported a decrease in anxiety and 78% of these said they found using a weighted blanket a preferable way to increase their level of calm.

Although these results are impressive they are, in fact, of little relevance to sleep as the participants in this study only used the blankets for five minutes at a time.

Another unsubstantiated claim about weighted blankets is that they somehow stimulate oxytocin release, increase serotonin levels, and decrease cortisol levels. What are these hormones and why are they so important?

All of these hormones can affect how well you sleep and the quality of your sleep, but the key question is: are their levels influenced by weighted blankets?

Any claimed benefits have been suggested from research into the use of deep pressure stimulation (DPS) during the day, but the form of DPS used in the research more commonly refers to massage therapy rather than weighted blankets.

This means the relevance of such daytime effects are impossible to translate into night-time benefits for sleep. 3

Earlier, we mentioned that there is a debate around the effects of weighted blankets on the sleep of children diagnosed with autism.

A review published in 2013 concluded: “There is no good evidence that weighted blankets or vests have any positive outcome on sleep or attention to the task in children with autism and their safety in this population has not been established.”

“Despite this, many ASD forums and support groups recommend their use and they are widely used. While awaiting further study, clinicians should ensure they make parents aware of this lack of evidence of efficacy and safety of weighted blankets when asked for their opinion.”4

This would suggest that there are limited research data for the benefit of weighted blankets, and so we can’t say with any certainty that they are of benefit to an autistic population.

In one study on children with ASD, the authors found that total sleep time per night increased when a weighted blanket was used. This was accompanied by a reduction in the time taken to fall asleep. No improvement in mood was recorded as a result of weighted blanket use. 5

However, in a different study, no change in total sleep time was observed between groups that used weighted blankets and those that didn’t. In spite of this, parents of the children in this study thought that their children were calmer when using the weighted blanket. 6

As we can see, the results of the studies contradict one another — so we won’t really know what the right answer is unless more work is done, and the sleep experiences of children with ASD using weighted blankets could go either way.

What seems clear though, is that using weighted blankets does not harm sleep in this population.

There has only been a single study of weighted blankets in adult insomniacs. It found that when the participants used the weighted blanket, they had what the authors termed a ‘calmer’ night’s sleep with a decrease in movements. 7

Of course, the fact that the participants moved less during the night is not necessarily an indication of ‘calmer sleep’. It may simply reflect more difficulty in naturally moving during the night due to the increased weight of the blanket on the body.

Participants believed that using the blanket provided them with a more comfortable, better quality and more secure sleep. However, the effects were mainly seen in a sub-set of the group i.e. those that expressed a liking for the blankets felt they slept better.

Although subjectively participants believed the blanket provided them with better quality sleep, the results from this uncontrolled study — sponsored by a manufacturer of weighted blankets — are weak and provide little evidence that a weighted blanket can reduce insomnia.

The weight of evidence 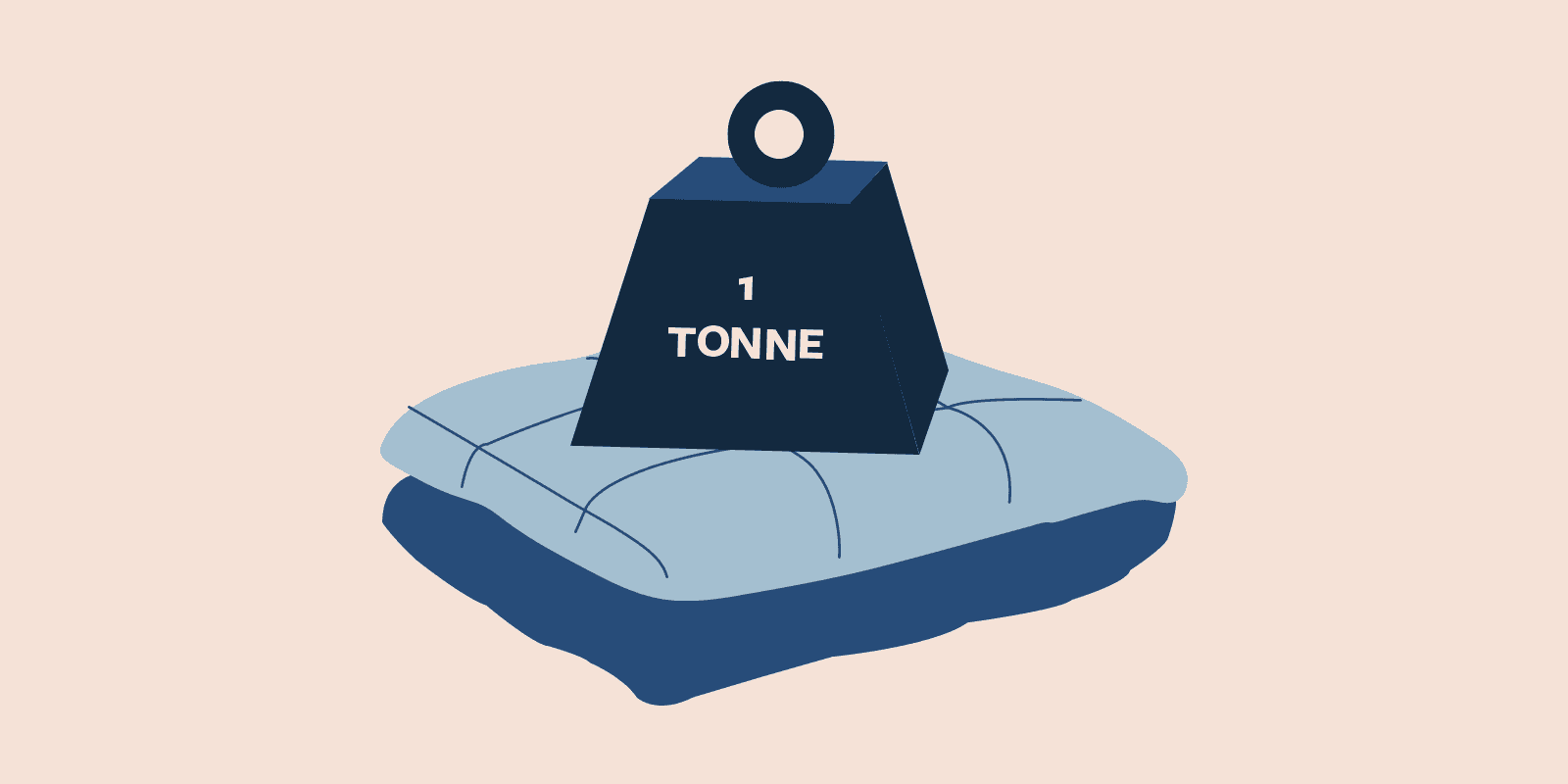 A limited number of studies have taken place focusing on the benefits of weighted blankets to adults in relation to sleep and insomnia. However, these studies have concentrated on patients with mental health issues. 8 9

For example, a 2020 study 8 investigated the effect of weighted chain blankets on insomnia and sleep-related daytime symptoms for patients with:

After four weeks, there was a significant improvement in subjective ratings of insomnia as well as significantly better sleep maintenance, a higher daytime activity level and reduced daytime symptoms of fatigue, depression, and anxiety.

The beneficial effects of sleep were found to persist after 12 months. This research shows that weighted blankets may be an effective, as well as safe, intervention for insomnia in patients with a variety of psychiatric disorders.

A weighted blanket is not a quick fix for a sleep problem.

From the limited amount of published data, it appears that there is little, if any, scientific evidence for the benefits of weighted blankets on sleep in normal, healthy children or adults.

If you’re considering buying a weighted blanket for you or your child you might first want to ask yourself what aspect of sleep you’re hoping to improve by using it. For example, if you think it may help you fall asleep, then it’s probably worth considering why you’re having trouble getting to sleep in the first place.

If you’re hoping that a weighted blanket will make you feel less stressed or anxious, it might be better to try and address those issues directly. Addressing your sleep problems is much better than trying to cover them up!

This is where Sleepstation can help you. We use cognitive behavioural therapy for insomnia (CBTi), the gold-standard treatment for insomnia. CBTi helps you to get to the roots of your sleep problems, rather than just alleviating the symptoms. To find out more, click here.