Why do we change the clocks?

Moving clocks back is a direct result of moving clocks forward. We change the clocks in the spring to save more daylight — and Daylight Saving Time has become part and parcel of everyday life.

But the consequence is that clocks go back again in the autumn. Here we look at how the quirk that is British Summertime came about and why a controversial habit prevails.

The dawn of daylight saving

One morning, in 1784, Benjamin Franklin was suddenly woken early and experienced something unexpected. His room was filled with light at 6am and he began to consider the true value of natural light.

Franklin realised he would have wasted six hours of sunlight had he risen at noon and the knock-on effect would mean he was burning more candles late into the night.

The cost of using those extra candles proved considerable. Consequently, Franklin advocated a radical change ― albeit based on the skewed belief that everyone had a lie-in until lunchtime!

He didn’t suggest changing the clocks but his idea was based on daylight saving. Franklin suggested that church bells should be rung as soon as the sun rose and even proposed that cannons be fired in order to ‘wake the sluggards effectively’.

Perhaps unsurprisingly, his suggestion was never actually implemented. But the clock was ticking on the debate around daylight saving. 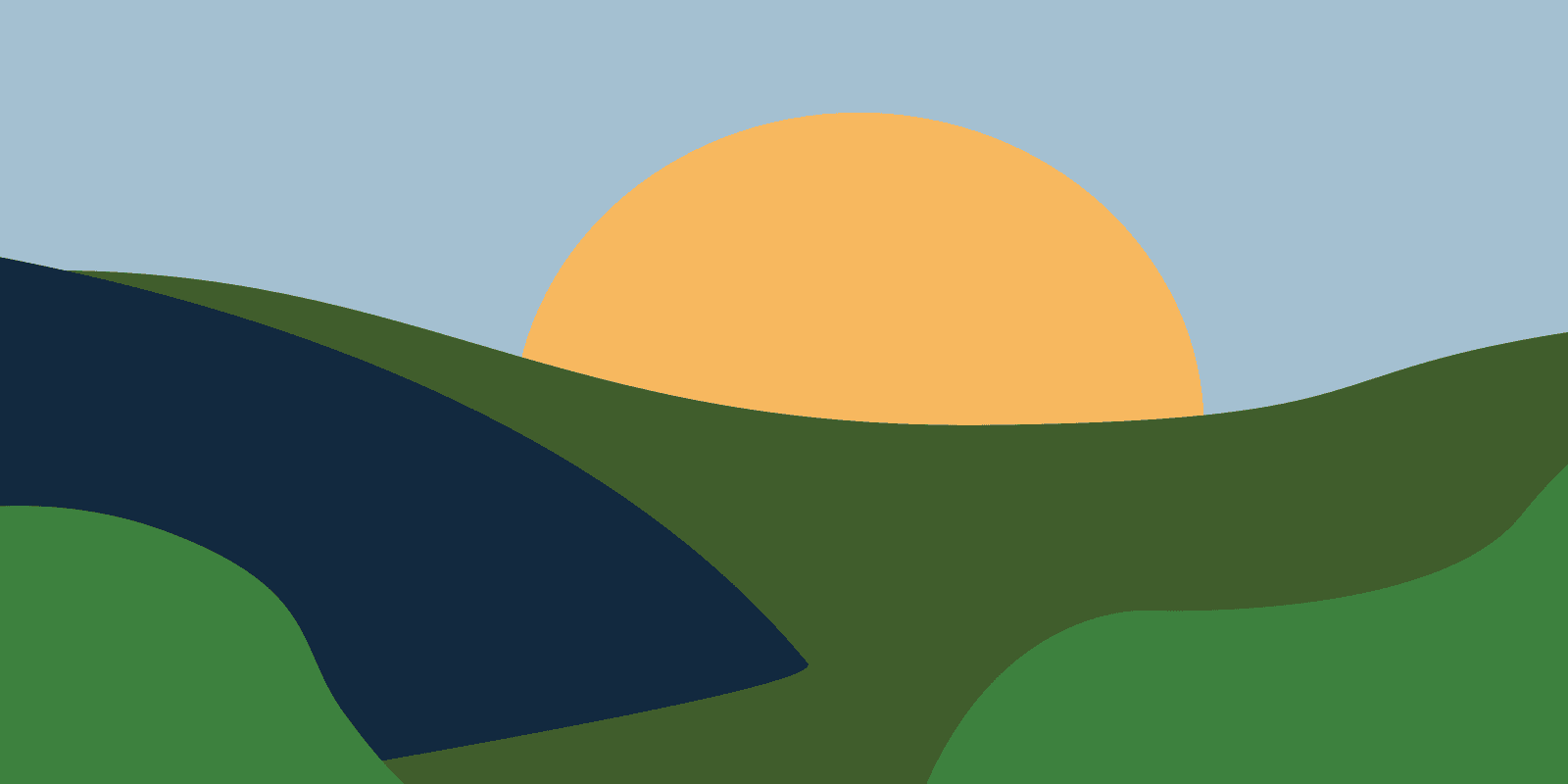 Willet or won’t it: the great daylight saving debate

The next advocate of daylight saving time was an Englishman called William Willet, who was out riding his horse early one morning in 1905. Like Franklin, he saw an opportunity to save every last minute of spring sunlight.

It took until 1907 before Willet was able to formulate his ideas into a pamphlet: ‘A waste of daylight’  advocated moving the clocks forward in early summer to maximise exposure to daylight.

The pamphlet was influential and bills were presented to parliament proposing the implementation of Daylight Saving Time. Frustratingly for Willet, his idea was defeated time and time again.

But Daylight Saving Time would have its day.

Clocks go forward as allies are pushed back

It wasn’t until 1916 that Daylight Saving Time was first implemented — as an invaluable weapon. The Germans had realised that an extra hour of daylight would conserve stocks of coal and fuel in the middle of the First World War.

This idea was quickly taken up by Austria-Hungary, Holland, Sweden and Denmark. It was only then that Great Britain realised that there might be some benefit to Daylight Saving Time and three weeks later we adopted the clock change.

Do the clocks go forward or back?

The phrase ‘Spring forward, Fall back’ can be a good memory trigger. In North America, it’s common to use the word ‘fall’ to refer to autumn so this memory prompt is most commonly used in North America and Canada.

Why do we still change the clocks?

It’s a decision based on tradition rather than science. Like the old licencing laws in the UK, Daylight Saving Time was a wartime measure that persisted even after the final shots of the First World War were fired in 1918.

However, unlike the afternoon closing of pubs, this seemingly sensible move was adopted by numerous countries around the world.

Has Daylight Saving Time had its day?

More than a century after the UK adopted Daylight Saving Time, it’s still a permanent fixture in our calendar. But could this change?

It’s interesting to note that the EU proposed abandoning the clock change, beginning in 2021. Their proposal was for each member state to choose whether they would live permanently on summer time or maintain the current system.

One consequence of this proposal was that different EU member states could opt for their own rules which could see neighbouring countries choosing different times.

While the EU parliament voted in favour of ending Daylight Saving Time, the implementation of the plan hit many setbacks and appears to have been shelved for the moment.

The American Academy of Sleep Medicine has launched a campaign to eliminate Daylight Saving Time entirely1 although the situation in the USA is even more complicated than in Europe.

In the USA individual states can decide to change the clock. Some states embrace Daylight Saving Time but others don’t. Ending the policy across the board is gathering greater support with many Americans keen to adopt a standardised time structure — regardless of any other benefits which may accrue from ending the clock change.

How does changing the clocks affect your body?

Our 24/7 culture makes clock time less relevant and messing with clocks can seem an unnecessary inconvenience. However, some people claim that changing the clocks is ‘incredibly disruptive’. Some go even further and insist the policy can be dangerous.

According to research, in the days immediately after the clocks go back there are fewer:

Conversely, there’s a 6% increase in all of the above when the clocks ‘spring forward’ in March. It’s a small change but a significant statistic.

There’s further evidence to suggest it can take up to three days for your body clock to ‘reset’ when the clocks go back or move forward. However, you’ll often adjust to Daylight Saving Time within 24 hours.

You might travel from London to Paris at the height of summer and barely notice the hour’s difference. Try it yourself. Change the position of the hands on your watch by going back or forward one hour. Done? Did anything negative happen?

Changing the clocks changes nothing

Changing the clocks is merely changing the time on clocks and watches.

It doesn’t alter the solar or lunar cycles and you neither gain nor lose sleep unless you choose to set your alarm. There’s a reason the clocks change at 2am on a Sunday ― it means the vast majority of people can adjust to the change with the minimum of disruption to their working week.

If you sleep for eight hours a night and don’t set the alarm then it really doesn’t matter if the position of the hands on your watch changes in the night: you’ll still get eight hours of sleep.

However, if you’re experiencing sleep problems currently, and you’re already struggling to get enough sleep for your needs, then losing another hour when the clocks are turned forward in Spring can have an impact.

Thinking ahead to when the clocks change

Should you start preparing the week before the clocks change? Probably not.

Trying to prepare yourself ― or your child ― for the impending clock change is unnecessary. You might think you’re ahead of the game by adjusting your bedtime by 15 minutes each night in the days before the clocks change. That’s usually not the case.

And it really won’t help your son or daughter. Children rely on routine when it comes to sleep so anything which breaks that routine is best avoided. Introducing a new bedtime every night before the clocks change could make the final transition to winter sleep even worse.

But what about you? Let’s be honest: you rarely go to bed at exactly the same time every night so you should cope just fine with an hour’s adjustment.

If you’re currently undergoing treatment for insomnia that involves any form of sleep rescheduling (with Sleepstation or otherwise) then a gradual shift may be appropriate. Your therapist should discuss this with you and advise appropriately.

How can you best prepare for when the clocks change?

The best advice for helping your body deal with Daylight Saving Time in the UK is to make sure you change all your clocks to the new time before you go to sleep. Do that and you’ll hit the ground running when you wake up the following morning.

Don’t over-think ‘losing’ or ‘gaining’ an hour when the clocks change. If you usually wake up at 7am then get up at 7am rather than trying to overcompensate for the change in time.

And most importantly don’t hit snooze! Routine is key to good sleep. The twice-yearly ‘panic’ about the clock change is simply a case of the media hyping up a non-story.

Should we call time on changing the clocks?

The answer is: it doesn’t really matter what we do. You can’t please all of the people all of the time! But there’s a compelling argument for ditching Daylight Saving Time for good.

You may have heard the familiar argument that Scottish farmers will be disadvantaged if we do away with the clock change. It’s a flawed point. This concern was dealt with during the reading of the original Bill and the argument outlined back then is still valid today.

The ‘benefit’ of Daylight Saving Time could be achieved without changing the clocks: working hours could simply be delayed for an hour in winter and schools could open at 10am, rather than 9am.

This would be easy to implement and could rule out any perceived increase in the numbers of heart attacks and traffic accidents in spring.

Suddenly you could live your life based on convenience rather than being a slave to the hands of your watch. Just imagine that!