Sleep tracking: the inside track

A brief history of sleep tracking

We’ve been measuring human activity mechanically for more than 60 years. In the late 1950s Schulman and Reisman used modified self-winding wristwatches to measure hyperactivity in children.1

The more the child moved, the more the watch would wind and the longer it would run after the recording session had finished.

In the mid-1970s the first solid-state wrist-worn ‘actigraph’ was described2 and during the last 40 years there’s been a steady improvement in the technology at the heart of these devices.3 4

Even now there are still limitations in terms of size and battery life. Several research-grade actigraphs — and various validated sleep/wake classification algorithms — were commercially developed but for many years their high price prevented them from becoming more widely available.

In recent years affordable wrist-worn sleep trackers, based on actigraphy and aimed at the general public, have come onto the market. 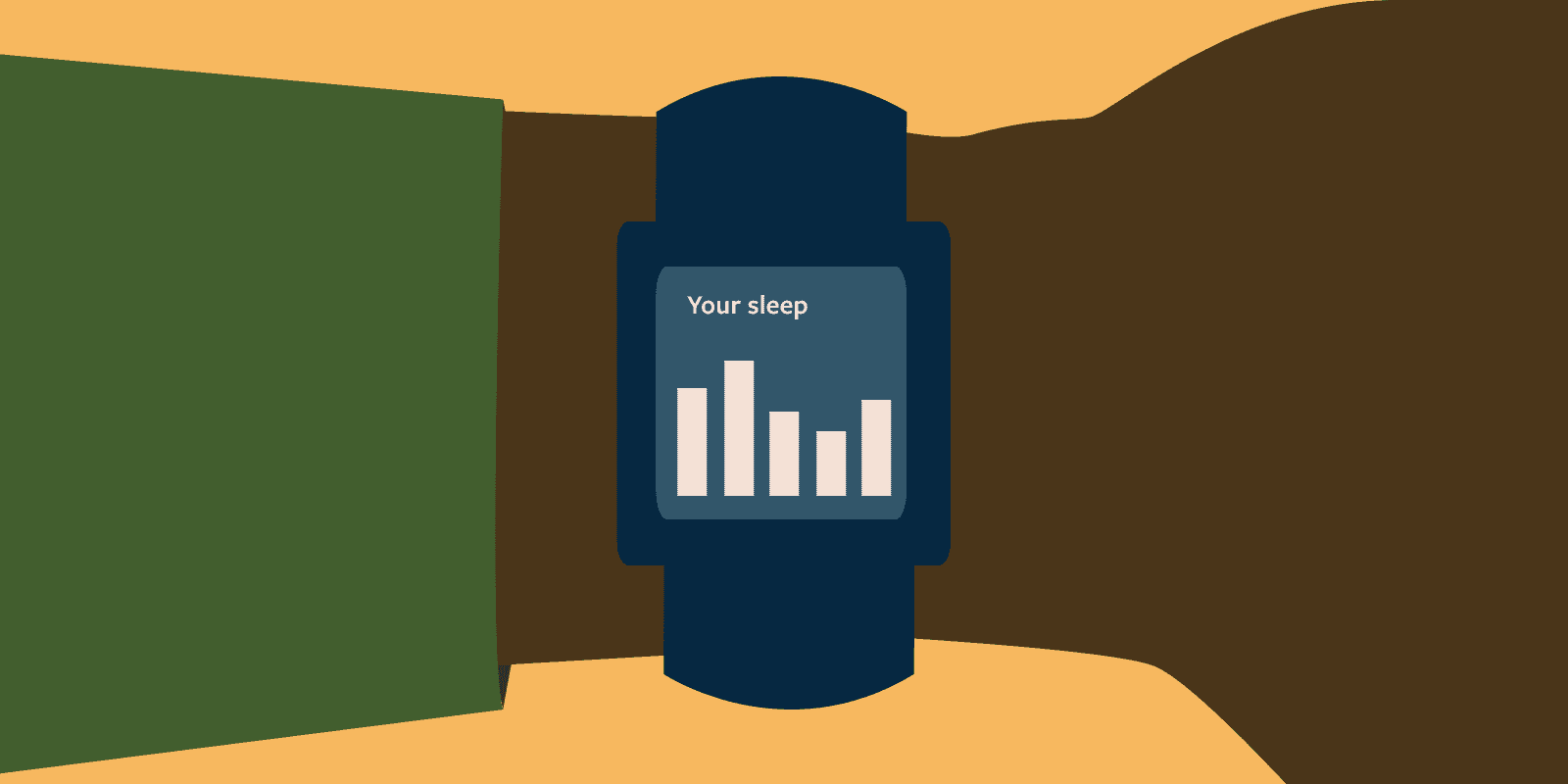 Actigraphs have many advantages over traditional laboratory sleep recordings because:

But before we get too carried away with the self-styled saviours of sleep tracking it’s not all good news. Actigraphs are limited: they only allow the identification of sleep and/or wake and can’t provide information about sleep architecture.

The American Sleep Disorders Association (ASDA) has published a comprehensive review of the use of actigraphy for the evaluation of sleep disorders.5

Although written from a clinical perspective, it provides an excellent overview of:

One of the conclusions reached by the authors was that, despite certain limitations, actigraphy ‘may be a useful, cost-effective method for assessing specific sleep disorders — such as insomnia and schedule disorders — and for monitoring their treatment process’. 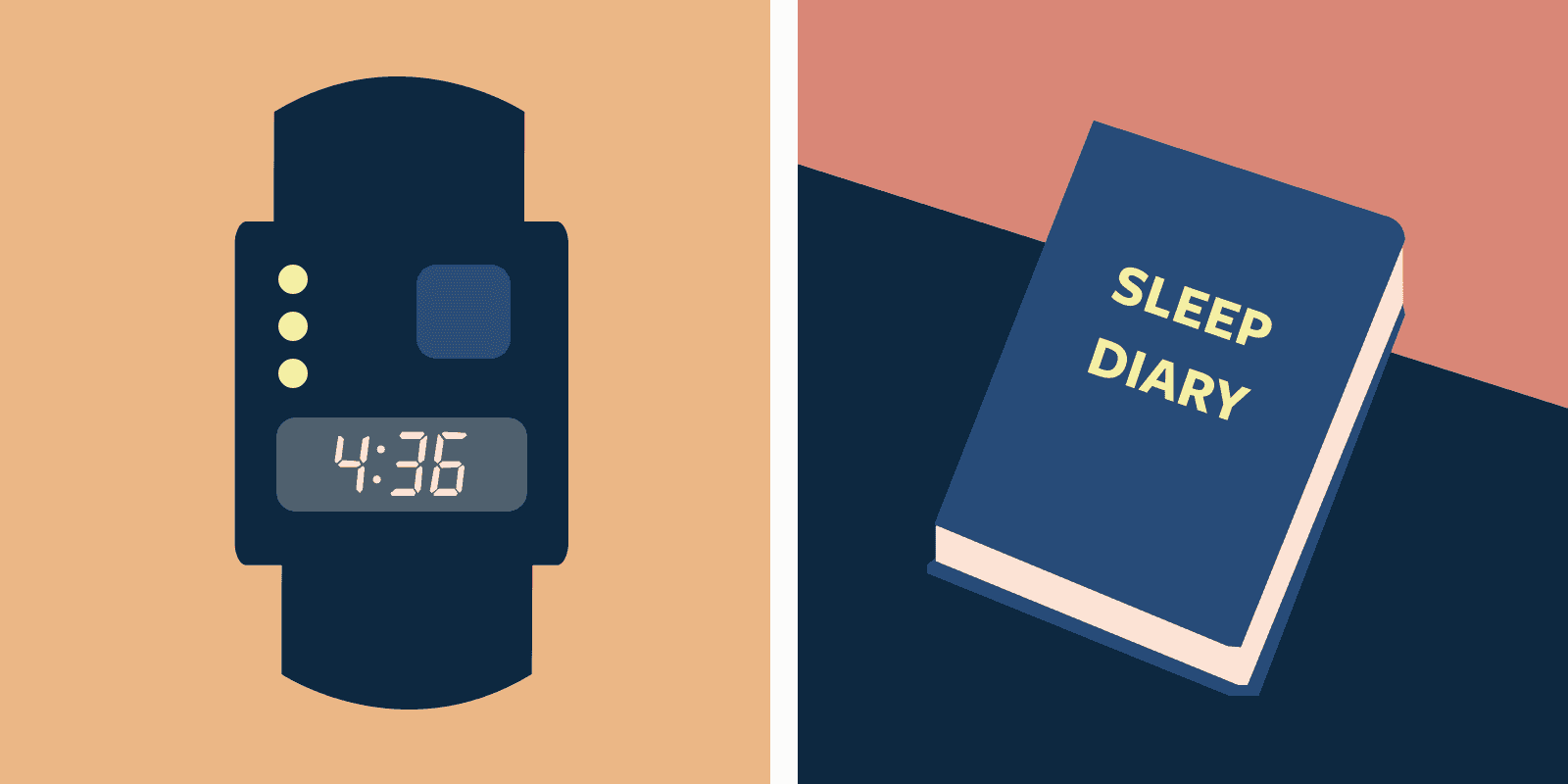 If you have a problem with your sleep and are referred to a sleep clinic you may be asked to wear an actigraph and complete a sleep diary. Within a fortnight your clinician can get a good idea of where and how sleep fits into your daily routine.

How do sleep trackers work?

Actigraphs are used in a number of different areas of sleep research including medicine, chronobiology and psychiatry.6 7 8 9 However, the main use of actigraphs has been in the assessment of the sleep/wake cycle.3 5

A number of automatic sleep/wake detection algorithms were developed and refined to correlate with traditional sleep recording, which relies on polysomnography (PSG) to measure sleep time.10 11 12 13 14

A number of studies have reported a significant correlation (85-95% similarity) between actigraphy and the electroencephalographic measurement (EEG, i.e. recording of the brainwaves via electrodes placed on the scalp) of sleep in the measurement of:

One problem in trying to assess the effectiveness of actigraphy — when measuring changes in sleep — is that the majority of studies above analysed their data using different software to calculate sleep measurements, instead of all using the same proprietary software. This can make the results difficult to compare between studies.

A study by Stanley et al.,20 was performed comparing the ‘gold standard’ of PSG with the proprietary software for two commonly used actigraphs. The study found a high degree of similarity for measures of TST, SE% and SOL between the actigraphs and EEG.

These results suggested that both devices, when used in a routine manner with data analysed by the proprietary software, can measure sleep/wake parameters relatively accurately. 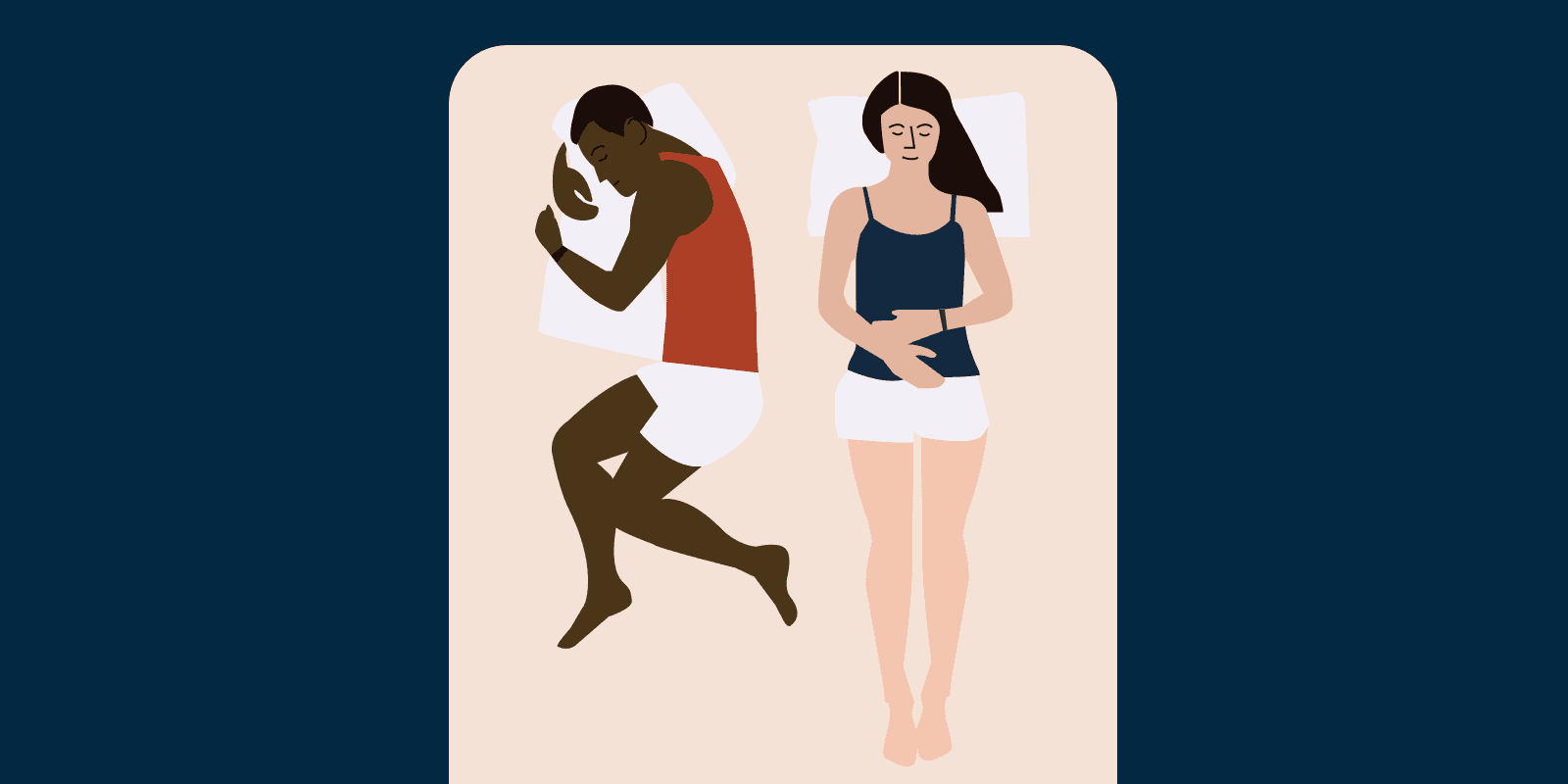 Despite the caveats concerning the use of actigraphy, sleep trackers have never been more popular. Advances in technology mean numerous devices claiming to be able to track your sleep have become commercially available to the public.

All of these new wrist-worn sleep trackers measure sleep/wake in a similar, if not, identical manner to actigraphs. They might be shiny, new and portable but the technology at their heart is old school, tried and tested.21 22 23

Are sleep trackers too good to be true? Maybe.

One area for concern is that very few sleep trackers publish transparent details of their measurement sensors or reveal information relating to their analysis algorithms.

The original research algorithms were optimised and validated for use with sophisticated, accurate and reproducible devices, worn on the non-dominant wrist of the sleeper.

Modern sleep trackers use unpublished algorithms within proprietary software to analyse the counts and determine sleep/wake.

Few, if any, of the new wearable devices/algorithms have any credible scientific validation.24

Actigraphy is relatively accurate in measuring the time it takes to fall asleep and total sleep time.

However, because it only measures movement it cannot accurately differentiate between ‘light’ and ‘deep’ sleep or identify a period of REM sleep.

Despite this technological limitation most of the new wearables claim they can measure these stages of sleep.25 It’s puzzling, to say the least.

Some wearables do combine movement data with heart rate data. This is probably better than focusing on movement alone but even this combination of signals can’t accurately identify the stages of sleep.26

So be warned: whatever the shiny packaging or celebrity-endorsed advert says, there’s a limit to what your sleep tracker can do. At best it provides a reasonable estimate of sleep/wake.

Be wary of wearables

Wearables might get your mates talking down the pub but a fashionable accessory isn’t always a failsafe indicator of your overall health.

Due to the inaccuracy of the data provided by sleep trackers they simply can’t be relied upon to deliver accurate information about your sleep and its stages.

They shouldn’t be used to determine your level of alertness and don’t ever rely on a sleep tracker to help you decide whether you’re alert enough to drive safely.27 28

How sleep trackers can be sleep hackers

How many of us using wearable sleep trackers actually need to monitor our sleep?

That’s fine. We all like to look good and feel good.

But what if the sleep tracker becomes the problem?

A group of so-called ‘worried well’ are becoming so obsessed with their sleep tracking that they’re actually losing sleep over their wearables.

This phenomenon has been termed orthosomnia (‘correct sleeping’)29 30 and there are reports of people explaining to their GP that they have insomnia — as a result of what they’re reading on their wearable.31

Remember that the misleading and inaccurate results that sleep trackers produce for the various stages of sleep have no methodological validity.

But they’re still giving people an entirely false and — in some situations — totally physiologically impossible impression of sleep.

This leads to a wild goose chase where the wearable wearers try to fix a problem that simply doesn’t exist. The problem is with their device, not their sleep.

Essentially a sleep tracker measures the time you were asleep and provides a reasonable guess when considering how long it took you to fall asleep.

That’s the long and short of it.

So if you simply want a record of your sleep pattern then you may want to consider keeping a sleep diary instead. 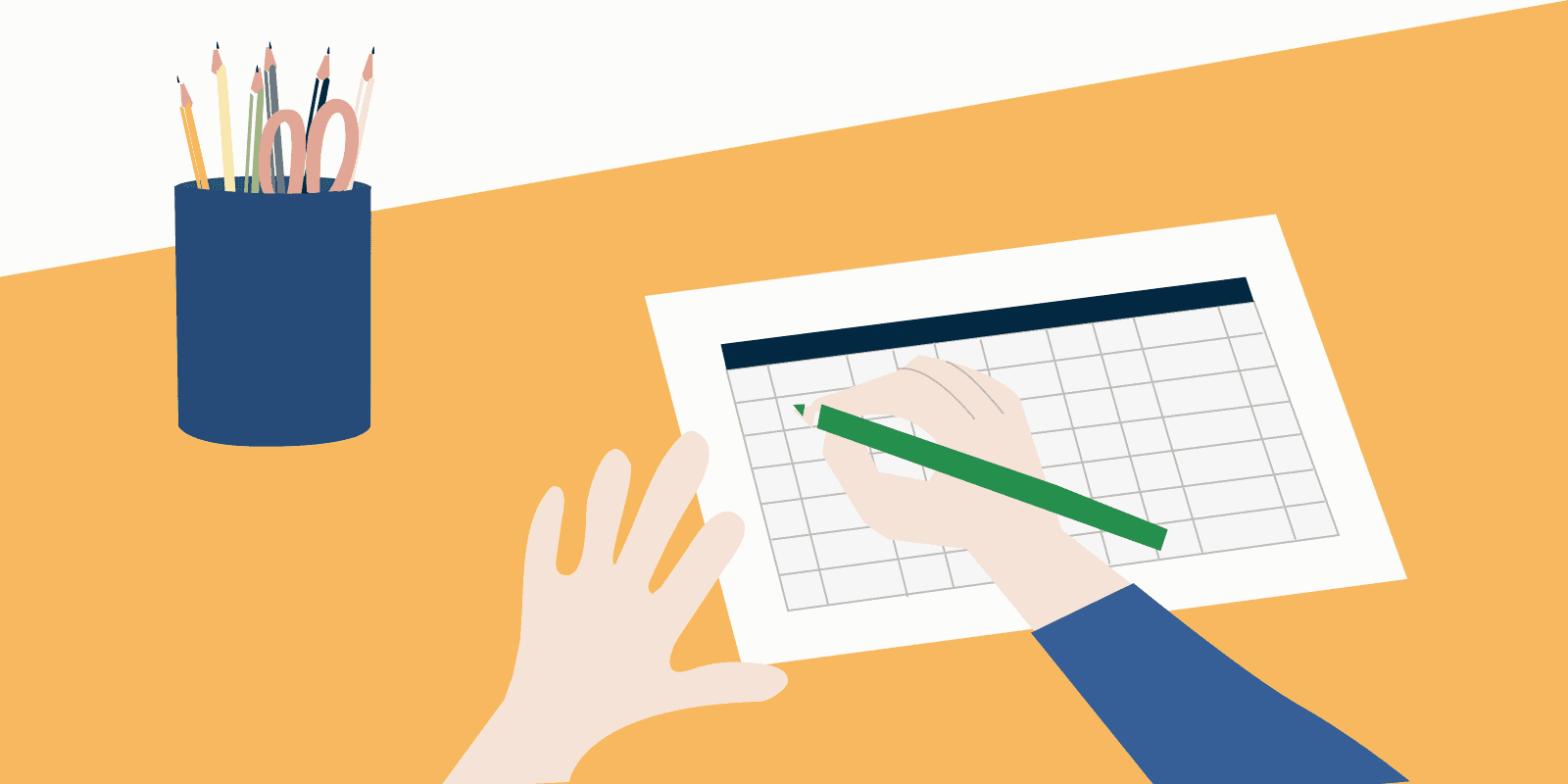