How Ramadan can affect your sleep

If you’ve been fasting during the holy month of Ramadan then changes to your routine could have had an impact on your sleep.

In this article we look at where sleep fits into the Islamic faith, how fasting might affect the quality of your sleep and why observing Ramadan requires your body clock to make some unfamiliar adjustments.

We’ve also prepared some useful tips to help you to return to your usual sleep routine after Ramadan ends and what you can do if Ramadan has made your sleep problems worse.

Sleep is a prominent topic in Islam

There are many references within the Quran and hadith that discuss different types of sleep, the importance of sleep and good sleep practices.

Islam considers sleep to be one of the signs of the greatness of Allah (God). Interestingly, Islam emphasises the importance of paying attention to your sleep, even when praying.

One hadith, in Sahih Al-Bukhari (SB) says ‘If anyone of you feels drowsy while praying he should go to bed (sleep) till his slumber is over’. [SB 210] 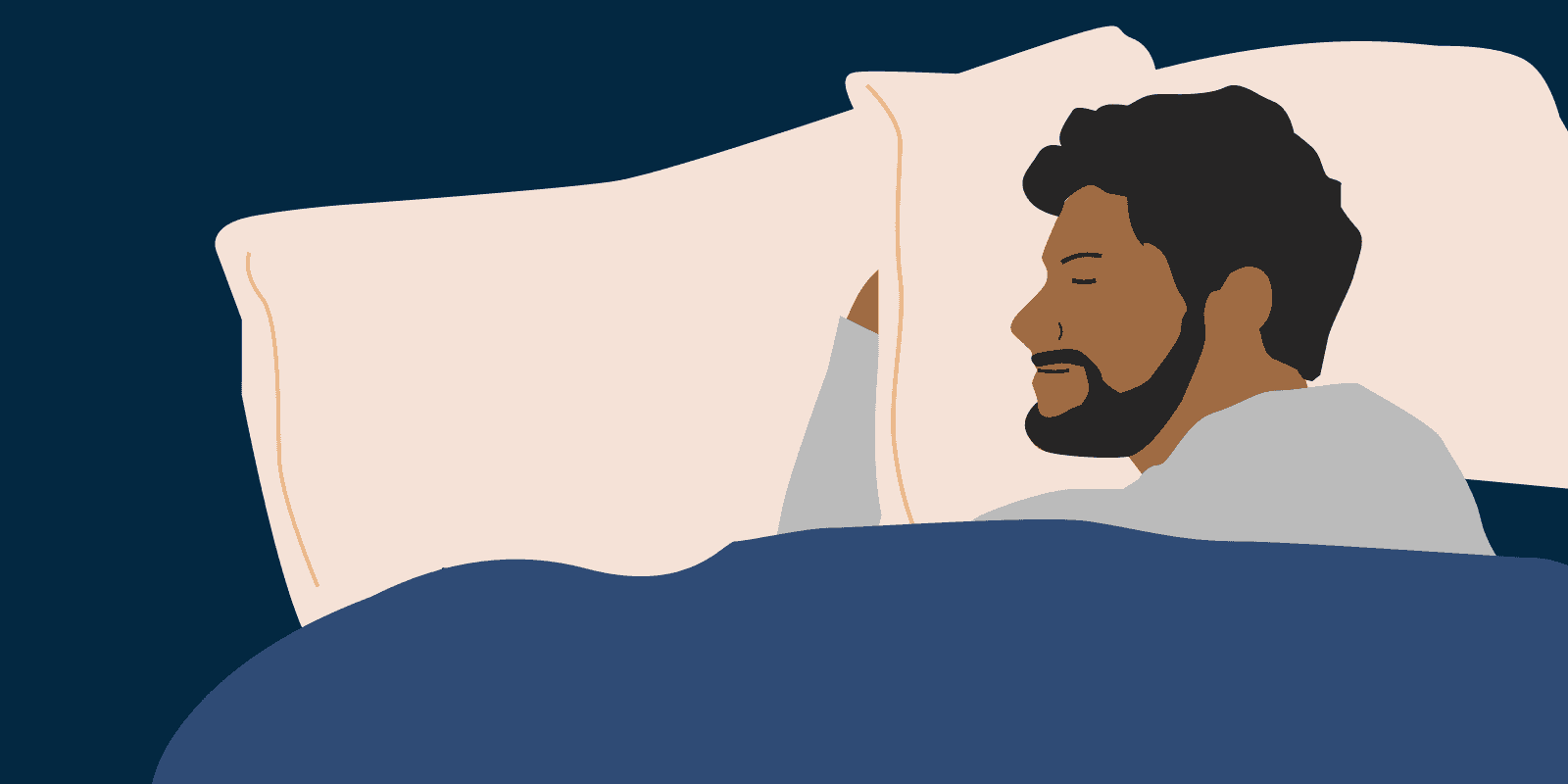 Muhammad underpins the value of sleep

Muhammad encouraged his companions to avoid any activity after the Isha prayer (darkness prayer, which is 1.5-2 hours after sunset). The Prophet said: “One should not sleep before the night prayer, nor have discussions after it.” [SB 574]

Additionally, Muslims are required to wake up for Fajr prayer, which is about one hour before sunrise. The Prophet did not sleep after the Fajr prayer.

Although being called to wake for the Fajr prayer might appear to disrupt sleep, this could be offset by a short midday nap (called Qailulah in Islamic culture).

These naps are an embedded practice within the Muslim culture and have a religious dimension for some Muslims. Muhammad also said: “Take a short nap, for Devils do not take naps.” [Sahih Aljamie. Alalbani 1647]

Another hadith details the correct timing of the nap and suggests ‘sleeping early in the day betrays ignorance, in the middle of the day is right, and at the end of the day is stupid’ [Imam Al-Bukhari in Al-Adab Al-Mufrad].

A third hadith reported in Sahih Al-Bukhari (SB) says ‘We used to offer the Jumu’ah (Friday) prayer with the Prophet and then take the afternoon nap.’ [SB 5923]

The celebration of Ramadan can impact your sleep

Ramadan is a time for fasting, reflection and prayer. Every day during Ramadan, Muslims abstain from food, drink and smoking between dawn and sunset. Observers of Ramadan rise for the pre-dawn meal (Suhur) and dawn (Fajr) prayer during this holy month.

Fasting during the holy month of Ramadan is the fourth pillar of Islam and more than 1.5 billion Muslims worldwide fast at this important time every year.

In addition, several changes in habit and lifestyle occur during Ramadan in some Islamic countries and these can include:

The Islamic year follows the lunar Hijri calendar and contains 354 days — 11 fewer than the Gregorian calendar. This means Ramadan occurs 11 days earlier every year and moves from one season to the next every nine years.

As a result, Ramadan can affect your sleep slightly differently each year. The duration of each daily fast is longer when Ramadan occurs in summer than when it occurs in the winter months.

This is particularly pronounced the further you’re away from the equator: there are more daylight hours in the summer and fewer in the winter. This means that, particularly during the summer, there’s a greater number of shorter nights and earlier dawns.

Another factor that can affect sleep during Ramadan, although not so much in the more northerly or southerly climes, is temperature. The extreme heat of summer necessitates a midday nap which, in turn, may negatively influence sleep at night.

Sleep research is revealing how Ramadan can affect your sleep

Scientific studies are revealing just how and why fasting impacts the overall health of those observing Ramadan. Researchers have looked at how sleep can be compromised by the lifestyle changes associated with Ramadan, and we’ve summarised their key findings below.

Many individuals who fast associate Ramadan with an increase in feelings of daytime sleepiness and decreased performance. But does the research reflect this anecdotal evidence?

Studies have, in fact, demonstrated that although bedtime and the time of rising were delayed in Muslims during Ramadan, there was no objective evidence for increased sleepiness during fasting. 1

The modest sleep restriction inherent in observing Ramadan may impact daytime sleepiness and your ability to function efficiently. Tellingly, the number of students who reported falling asleep in class increased from 15% at baseline to 36% during the first week of Ramadan. 2

Studies have demonstrated several modifications in sleep patterns during Ramadan, including sudden and significant delays in bedtime and wake-up time. However, conflicting results have been reported regarding total sleep time. 2 4 3 5

A similar reduction was also found in students in the United Arab Emirates but this reduction was offset by an increase in the duration of daytime naps. 5

When subjective alertness was assessed during Ramadan, decreases in alertness were observed at 9am and 4pm whereas an increase was observed at 11pm — not a recipe for winding down before sleep. 6

Conflicting results have been reported in relation to the time it takes to fall asleep (sleep latency) and total sleep time during Ramadan.

What all of these studies point to is that there is no general consensus on how or if fasting during Ramadan will affect your sleep. What it does show is that the changes in lifestyle and sleep during this month have the potential to interfere with sleep.

The stages of sleep can be altered during Ramadan

While you are asleep, you cycle through two types of sleep: rapid eye movement (REM) sleep and non-REM sleep. Your brain and body behave differently during these two different phases.

REM sleep is the stage of sleep involved in processing emotional memories and ensuring our psychological health. Studies have assessed sleep architecture during Ramadan and have shown that there’s a significant reduction in the amount of REM sleep towards the end of Ramadan. 7 8

The amount of REM sleep is affected by core body temperature and a nocturnal increase in temperature would be expected to decrease REM sleep. This may be due to eating a large meal late in the evening as nocturnal body temperature has been reported to increase during sleep throughout Ramadan as compared to when not fasting. 6

However, the reduction in REM sleep during Ramadan may also be due to interruption of sleep for the pre-dawn meal. The early hours of the morning are when a greater proportion of REM sleep is normally achieved.

Interestingly, non-REM sleep doesn’t seem to be altered in people fasting during Ramadan. 8 You can find out more about what goes on in your body during the different stages of sleep here.

Ramadan, by the very nature of the changed schedule it requires, is far from conducive to your body maintaining its regular daily routine. Those who fast during Ramadan usually eat two or three meals per day: breakfast at sunset, dinner after night prayer (5pm–8pm) and a pre-dawn meal.

Because eating is restricted until after sunset, a person’s calorific intake increases at night. Eating close to bedtime means that the body is busy digesting food when you go to bed and this can result in disturbed sleep.

Bedtime is also generally later as families and friends eat and socialise long into the night. Research has found that more than 60% of fasting individuals who stayed awake after 11pm did so because they were catching up with family and friends and watching TV. 2 4

Those same people tend to rise earlier and go to sleep much later. Needless to say, unfamiliar mealtimes and a confused body clock are a recipe for disrupted sleep.

Changes to sleep patterns during Ramadan may affect your mood

Observing Ramadan comes with some obvious necessary changes to lifestyle. Most people will reduce their daytime activity to some extent and avoid heavy exercise. It’s also a time for reflection, introspection and prayer, so it can have a profound affect on mood.

Sudden alterations to your bedtime can be associated with adverse mood changes, with levels of anxiety, depression and stress known to be influenced when sleep duration is reduced.

Exercise plays an important role in both our mood and how we sleep. Physical activity during the day can release endorphins which can lift your mood. Taking regular exercise also helps you sleep well at night.

In one study, the percentage of people who took regular exercise before Ramadan was 24%. That figure dropped to just 5% towards the end of Ramadan. 7

As Ramadan is coming to a close, it’s worth giving some thought to how to transition successfully back to sleeping through the night. By the end of Ramadan, many people will have a sleep deficit and some people may find it difficult to get their sleep back on track.

Some people may find that they can get their sleep back on track by getting up early and trying to avoid napping during the day. For many, this may be enough to ensure that they are sufficiently sleepy by bedtime to sleep through the night.

For other people, it may be advisable to adjust your bedtime gradually; if you were going to sleep at 2am during Ramadan, then try going to bed one hour earlier each night, until you get back to your normal bedtime.

Whichever method works for you, keep in mind that sleep loves routine so once you’re back to your original bedtime, we recommend that you try to stick to it. A regular wind-down routine in the evening can help to prepare your body and mind for a good night’s sleep.

After a month of eating during the night, getting back into a regular routine with your meals may also take a bit of effort too, but try not to eat within 2-3 hours of your bedtime. For many people, avoiding spicy, sugary and greasy foods can also be helpful.

Getting outside in the sunlight, particularly in the morning, will help your body clock to readjust and taking regular exercise will also help you to sleep better at night. Avoid exercising within three hours of bedtime though, as this can make it more difficult to fall asleep.

If you’re struggling to sleep after Ramadan, we can help

Many people experience insomnia at some point during Ramadan and for some, the problem can remain after Ramadan has ended. If you had a sleep problem before Ramadan, you may find it particularly difficult to get back to sleeping well after Ramadan ends.

If you’re worried about how you will transition back to sleeping well after Ramadan we may be able to help. Sleepstation is a clinically validated sleep improvement programme that can help you sleep better after just four sessions.

Our team of coaches, doctors and sleep experts will help you identify the underlying causes of your sleep problem and provide the personal support needed to improve your sleep.

So as Ramadan draws to a close, don’t let sleep worries take over. Answer a few questions to see how we can help you get your sleep back on track.